Yuan’s Ascendance is Good for Investment 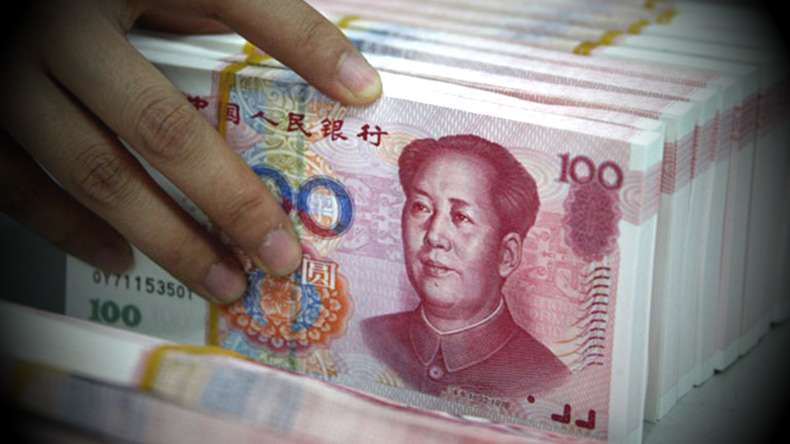 China’s yuan is well on its way to secure global citizenship, with the aim of boosting trade and investment opportunities worldwide.

The country’s goal is to have the yuan gain a share of the popularity of the US dollar and Japanese yen, with enhanced affordability and stability.

The recent announcement of a joint fund worth US$10 billion between China and the UAE at the back of the state visit by Sheikh Mohammed bin Zayed, Crown Prince of Abu Dhabi and Deputy Supreme Commander of the Armed Forces, gives further prominence to the potential of global yuan trade.

So how is the yuan’s evolving status as a global citizen relevant to us in Africa & the Middle East?

The growth of China’s currency will deliver economic benefits for its economy, but also give emerging markets another alternative in hedging and investing in leading global currencies. In Africa, the regional constraints associated with frequent shortages of dollar liquidity may ease a little, with potentially important implications. In the Middle East, the opening of the first yuan clearing centre this year is a key milestone expected to support the growing trade between China and Middle East economies.

The yuan stands to relieve emerging markets’ dependence on developed-market currencies. The additional currency brings diversity and choice, and ultimately increases the influence of emerging markets on the global currency stage.

Trade remains the primary economic driver in growing emerging markets, and those importers and exporters who use the yuan have the opportunity to mitigate risks and reduce costs associated with converting local currencies into dollars when trading with China. Adopting the yuan can bring discounts on Chinese imports, with some Chinese suppliers willing to strip out their own respective risks associated with dollar conversions. According to a recent survey conducted by Standard Chartered in association with Asset magazine in October, 80 per cent of Chinese exporters anticipate their trade settlements in yuan will increase in the next six months.

Just three years ago, yuan did not feature on the list of popular offshore investment currencies.

Today, more than 10,000 financial institutions are doing business in yuan worldwide, and offshore investment tops $143bn. The currency’s latest popularity poll on Swift’s Renminbi Tracker speaks for itself – yuan has surpassed seven currencies in just three years in terms of trade volumes, including the yen. This secures China’s currency ranking in the top five world payment currencies by value. From an investment perspective, Standard Chartered predicts that foreign investors’ holdings in yuan bonds will surpass that of any other single emerging-market holding they may have by 2020.

In November this year, the International Monetary Fund (IMF) made a milestone decision in respect to global currency markets and awarded the yuan membership to the A-list of world currencies, known as the SDR or Special Drawing Rights – the list of the largest traded currencies.

Before November, SDR member featured the usual heavies: the dollar, the yen, the euro and the UK sterling. With the IMF granting the yuan eligibility for this global currency reserve pool, 188 IMF member states and their central banks now have the benefit of choice and diversity in hedging currency risk and increasing investment opportunities in yuan.

With the yuan securing its SDR membership, Standard Chartered expects central banks, globally, to reallocate at least 1 per cent of their reserve investments into yuan assets on an annual basis (between 2016 and 2020). We also forecast annual net inflows into Chinese onshore bonds to increase by more than 40 per cent in the next two years.

Impact of a slowdown

China has cut its growth target for this year to seven per cent, the slowest rate of expansion in more than two decades. China’s growth forecast for the next five years could be further lowered to 6.5 per cent. However, this adjustment in growth is not expected to deter the yuan’s global popularity. China remains disciplined in its policy reform, opening up its capital account, strengthening onshore financial markets and launching transformational development initiatives such as “One Belt, One Road”, or Obor, and other global partnership agreements.

The One Belt is the modern-day Silk Road – China’s trade and investment links with economies in central and western Asia, Russia, the Middle East and Europe. One Road represents China’s ocean trade links to South East Asia, India and Africa.

Obor, which is set to invest about $1 trillion in the next decade, stands to benefit emerging market economies by promoting economic growth, commodity demand and the use of the yuan.

The yuan’s rise to fame is an opportunity, and is strengthened by China’s commitment to new and mutual beneficial partnerships with developing markets. Adoption of the currency by local companies and traders in Africa and the Middle East is gradual, but positive.

With the increasing number of clearing hubs and the inclusion of yuan in central bank reserves, the benefits are no longer a distant forecast, but an imminent reality.