Xi Urges China, Poland to Set up Paradigm of Belt and Road Cooperation 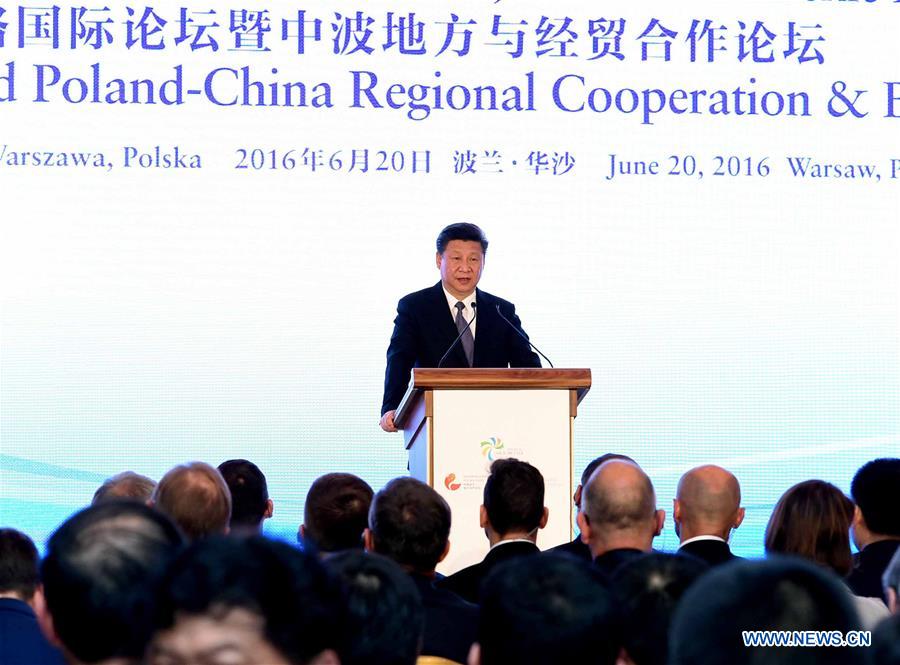 Visiting Chinese President Xi Jinping on Monday called on China and Poland to build their partnership into a paradigm of cooperation within the framework of the Belt and Road Initiative.

Xi made the remarks at the Silk Road Forum and Poland-China Regional Cooperation and Business Forum held in the Polish capital.

China and Poland share the vision of promoting prosperity along the routes of Belt and Road, and of playing a bigger role in regional cooperation, said Xi.

Referring to the initiative as a common endeavor, Xi urged participating countries to relate to each other with the principles of mutual respect and inclusiveness.

Furthermore, the Chinese president made a five-point proposal on the development of the Belt and Road, China-Central and Eastern Europe (CEE) cooperation, as well as China-Poland cooperation.

Xi proposed to designate economy and trade as an area of priority in cooperation.

He called for joint efforts to improve China-Europe trade and investment mechanism, raise the level of liberalization and facilitation of trade and investment, and create new trade centers and growth poles by incorporating Europe’s advanced technologies, China’s industrial capacity and Poland’s location and talent advantages.

On optimizing mechanisms, he called on Chinese and Polish local governments to bridge cooperation between the two countries’ enterprises and civil organizations, expand practical cooperation, and consolidate public foundation for China-Poland friendship.

The Chinese president also highlighted the supporting and leading role of think tanks. He urged them to help the governments study routes and plans for the Belt and Road development, align plans and strategies, coordinate policies and design mechanisms, and help the public understand polices.

Xi stressed that China is confident to maintain economic growth at a medium-high speed, and welcomes all countries to share the dividends of China’s fast development.

Polish leaders, who were also present at the forum, pledged support for the Belt and Road Initiative and commitment for promoting Europe-Asia cooperation, saying the Belt and Road links the two continents both in history and at present.

They added that the dovetailing of Poland’s Amber Road and the Silk Road will play a significant role in promoting security, prosperity and development of Europe and Asia.

Xi arrived here Sunday for a state visit, the first by a Chinese head of state to Poland in 12 years and the second leg of his current three-nation Eurasia tour.

Xi visited Serbia before Poland, and is expected to travel to Uzbekistan for a state visit and to attend a summit of the Shanghai Cooperation Organization.