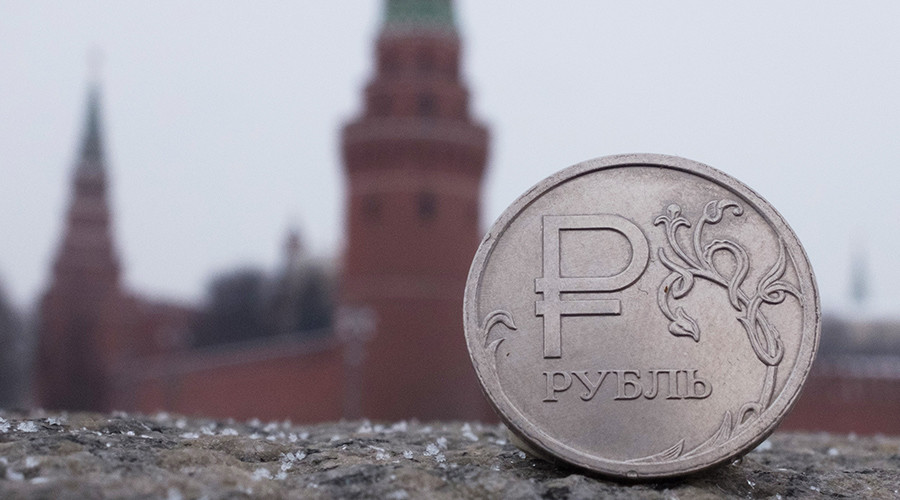 Surging crude prices and a lagging domestic currency have increased Russian revenue with the country’s economy showing signs of recovery.

Brent crude, which is used as a basis for the price of the country’s main export Urals blend gained 22 percent this month, while the Russian ruble strengthened by only four percent against the US dollar.

The favorable exchange rate allows the government to gain from sales of dollar-denominated oil.

“The ruble lagged oil on its way down, and now it’s lagging on the rebound,” Konstantin Artemov, a money manager at Raiffeisen Asset Management in Moscow told Bloomberg, adding that the equilibrium price was about 3,000 rubles ($46.07) a barrel.

Russia won’t be able to keep its target budget deficit at three percent of gross domestic product this year, according to First Deputy Finance Minister Tatiana Nesterenko. The share of earnings from energy exports in the state budget shrank to almost a third in the first quarter. Several years ago it amounted to more than 50 percent.