2015/12/15 By YANG YANG in HomePage Featured, Investment Opportunities Tags: China, One Belt and One Road 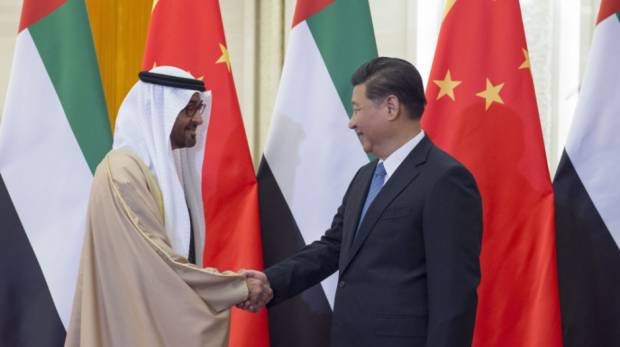 The Chinese-UAE strategic investment fund will funded equally by both China and the Government of Abu Dhabi.

Shaikh Mohammad held talks yesterday with Chinese President Xi Jinping on bilateral relations and cooperation between the two countries as well as on a number of regional and international issues of mutual interest.

The agreement on the investment fund comes three years after Shaikh Mohammad’s visit to China in 2012 when he initiated talks to set up the fund. The fund will look at investments across a range of asset classes and sectors.

Meanwhile, Mubadala Petro-leum and China National Petroleum Corporation (CNPC) signed an agreement to foster greater co-operation between the two companies in the oil and gas exploration and production sectors.

The two countries’ central banks inked a deal “for the purpose of purchasing, selling, repurchasing and reselling of the Emirati dirham against the Chinese yuan and vice versa.

During his talks with Chinese Vice-President Li Yuanchao, Shaikh Mohammad said the UAE, with its strategic location, will help develop the stature of China to become an international trade hub that connects the East with West, as a result of its attractive environment for investment and free trade, stressing that the UAE takes note in China’s “One Belt, One Road,” a strategy which offers unprecedented opportunities to enhance the economic development across the Middle East.