Two Reasons Why Russia Will Take Advantage of Falling Ruble 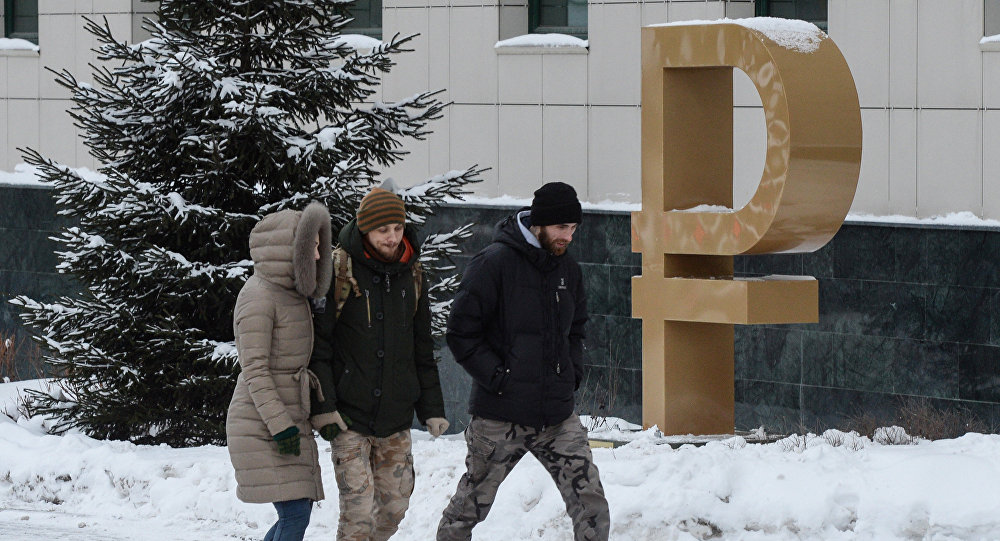 It may seem weird to be cheering on the decline of the national currency but now is the time when that is the right thing to do, journalist Tim Worstall wrote.

A weakening ruble is just what the Russian economy needs now, observer Tim Worstall wrote in his article for Forbes.

“It might seem a little odd to be cheering on the collapse in value of a currency. It does, after all, mean that the people of that country are becoming poorer. However, there are times when that is the right thing to be happening and right now in Russia is one of those times,” the article read.

On Thursday, the exchange rate hit a historic low of 85 rubles to the dollar and then rolled back to 83.8.

Nevertheless, Worstall outlined two positive factors the devaluation of ruble would have.

First, a falling exchange rate means that while the dollar oil price is going down the ruble price is falling rather less. That alleviates at least some of the pressure on Russia’s budget, something determined in rubles and largely fed by oil exports taxes.

“The slide in the currency boosts the Kremlin’s spending power. They now get more rubles per barrel of oil exported than they did. Sure, the falling oil price is working in the other direction but this currency fall mitigates that. That’s why it’s so good,” the author wrote.

Second, the weakening ruble, as Worstall pointed out, has a positive effect on domestic production due to the urgent need to substitute imported products.

When a country like Russia which heavily relies on oil and gas exports incomes, faces a downturn in global energy prices it hurts its economy very bad. As a result, its economy needs to be restructured, including first of all a substitution of previously imported goods.

“A fall in the value of the currency achieves exactly that. It makes imports more expensive, lowering the amount imported. It makes domestic production more profitable, thus boosting that. It also makes exports of other goods cheaper, thus boosting non-oil exports. This is exactly what the doctor ordered for that economy,” the article read.

Earlier, The Economist’s Big Mac index contributor Soumaya Keynes told Sputnik that Russia has yet to benefit from the fall of the national currency.

“So far it looks like the Russian economy has not taken full advantage of the ruble’s collapse,” Keynes said. “Imports have fallen, but export volumes are weak. Hopefully this is just because these things take time.”

The ruble has declined against the US dollar more than twofold since the beginning of 2014 amid the Western economic sanctions imposed on Russia over Moscow’s alleged involvement in the Ukraine crisis as well as the global collapse in oil prices.

Many analysts agree that oil prices will continue to fall as the situation in the market is complicated and changes in the market are impossible to predict.

The situation in the global energy market is dictated by a number of factors, including geopolitical risks, Dennis Nally, Chairman of PricewaterhouseCoopers International, said.

The situation is complicated and all the sectors of global economy are volatile. A year ago it seemed that the economy was recovering from the crisis. But there is a factor one should never forget – geopolitics, Nelly told RT. Currently, the world is facing a number of geopolitical difficulties which significantly affect prices.