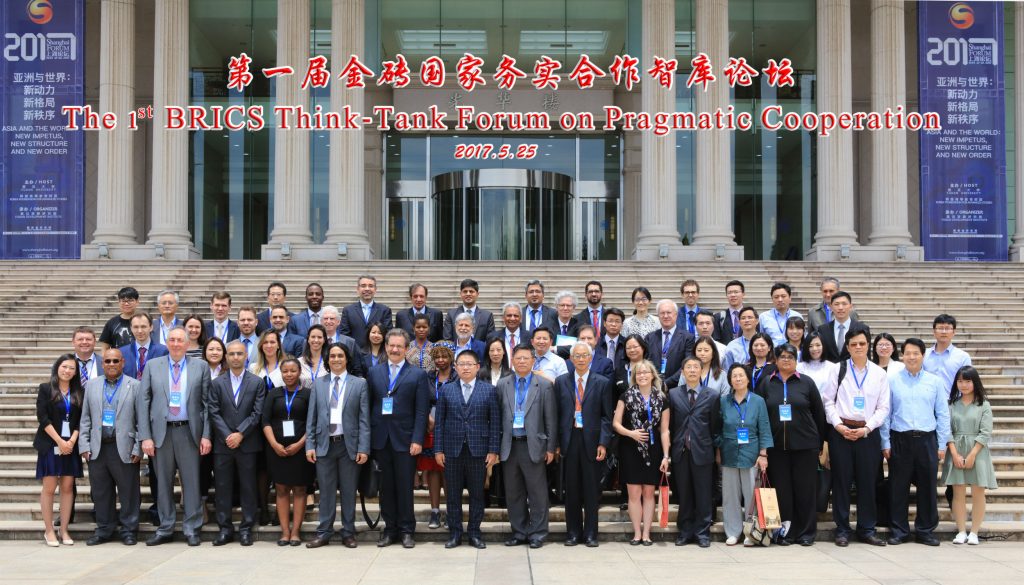 The 1st BRICS Think-Tank Forum on Pragmatic Cooperation was held at Fudan University, Shanghai, China, on 25-26 May, 2017. The Forum was organized by Center for BRICS Countries Studies, Fudan University, gathering more than 70 government officers, scholars and research fellows from five BRICS countries.

With the theme of “Globalization in the Time of Transition: Shared Opportunities, Challenges and Responsibilities for BRICS”, the forum focused on discussion of sub-regional cooperation and institutional building, economic and development cooperation, as well as education and think-tank cooperation among BRICS countries. Speeches and comments on the forum showed that there remained a wide range of issues and fields to be explored for BRICS cooperation.