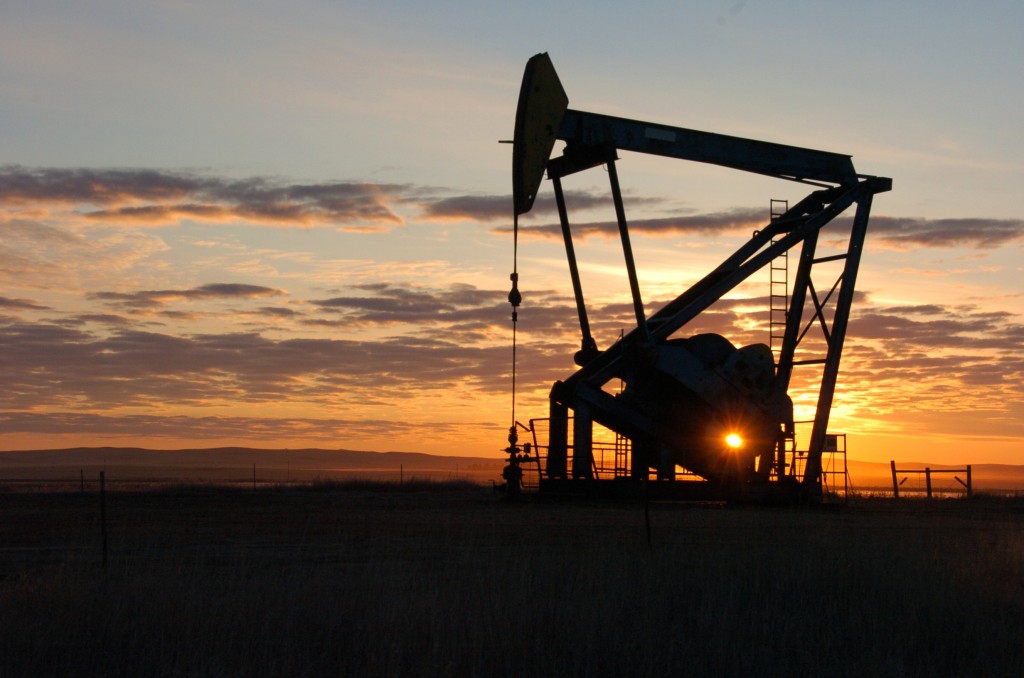 OPEC has been putting a squeeze on rival oil producers by refusing to cut production to curb a global oversupply. Russia has no intention of succumbing to the pressure.

“I will tell you when Russian companies are for sure going to decrease production — when oil costs $0,” Deputy Energy Minister Kirill Molodtsov said at an industry event in Moscow this month.

Here are some reasons why:

Russia has pumped at near-record levels this year to counter its first recession since 2009, vying for the title of world’s largest crude producer with Saudi Arabia. The nation’s government gets about half of its revenue from oil and gas, so with no end in sight to the slump, it plans to maintain production next year. 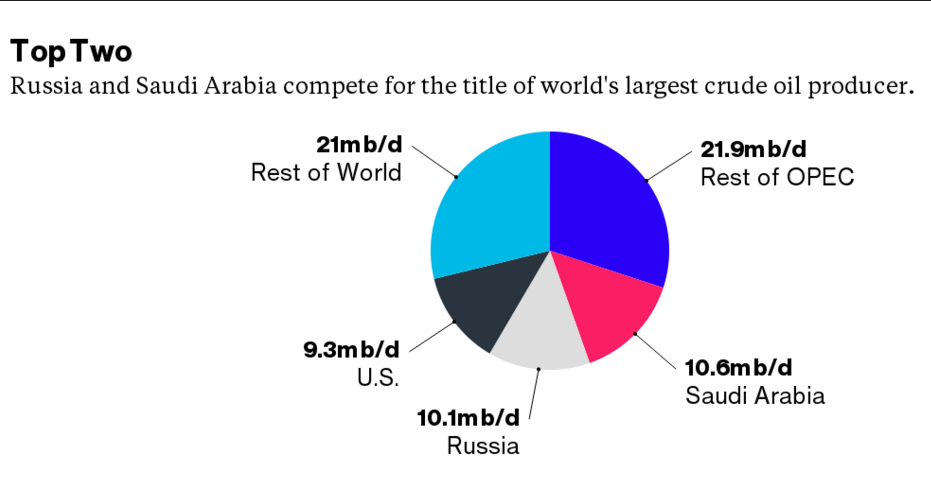 “Russia will maintain its current oil production levels within the bandwidth of 525 million to 533 million tons next year, as the federal government’s budget is set on such production levels,” Lauren Goodrich, senior Eurasia analyst at Austin, Texas-based intelligence and advisory firm Stratfor, said by e-mail.

Russia has made its refineries more efficient as investments that started in 2011 are now nearing completion. These improvements have reduced domestic demand for crude oil and freed up additional volumes for exports, which earn bigger profits for companies than domestic sales.

The base-case scenario from Russia’s Energy Ministry envisions oil exports growing to 237 million tons, or an average of 4.76 million barrels a day, this year and stabilizing at that level in 2016. Under a more optimistic scenario, the exports may grow by 2 million to 3 million tons between 2015 and 2017.

International oil companies have seen Brent crude, the global benchmark, fall more than 30 percent this year to below $40 a barrel. For their Russian counterparts, the decrease has been closer to 20 percent – all thanks to the ruble devaluation. Russian oil taxes, which go down when the crude price falls, have further softened the blow. 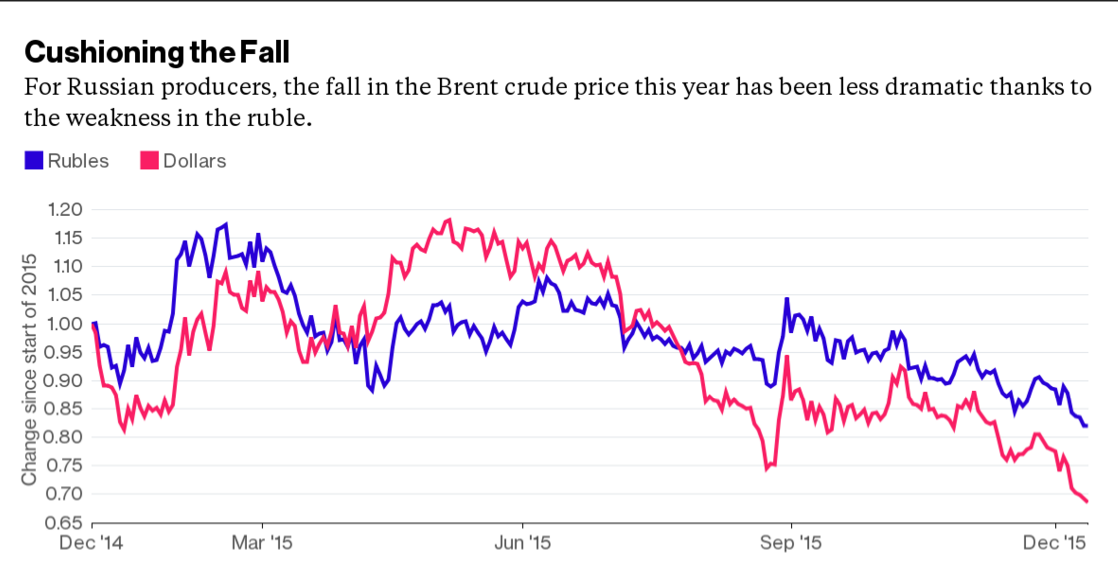 “If the oil price falls to $40 per barrel from $50 per barrel, the average production margin falls around $1 a barrel” for Russian oil producers, Maxim Nechaev, consulting director for IHS Russia, said by e-mail.

The bulk of Russia’s crude is produced from fields in West Siberia discovered back in Soviet times, where the basic cost of pumping the oil from the ground is below the average for the biggest international oil companies. 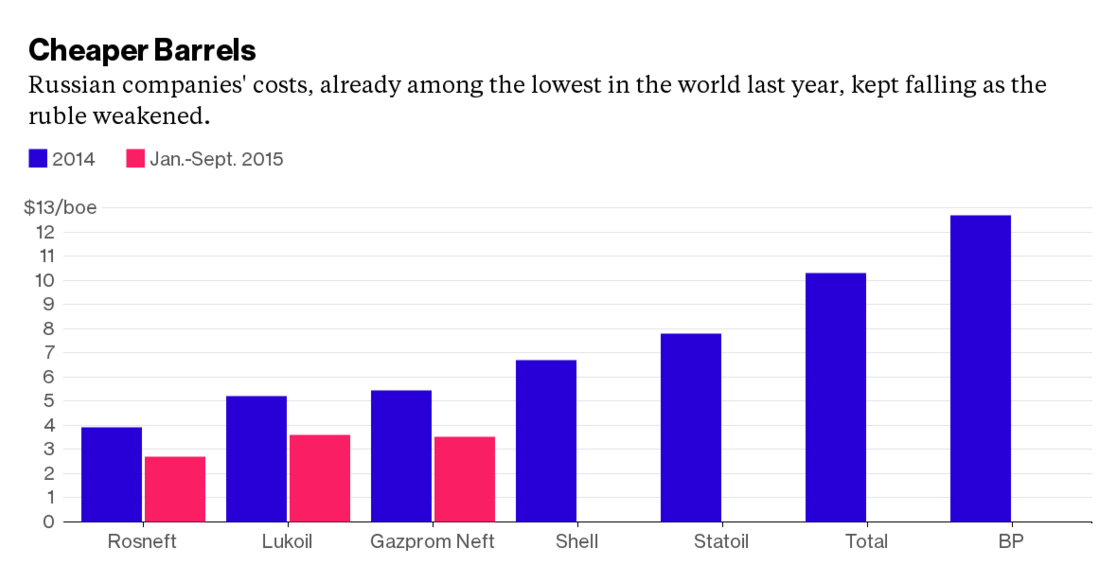 The ruble devaluation pushed them down even further, prompting Igor Sechin, president of Russia’s largest oil producer Rosneft OAO, to boast that his expenses are “the lowest in the world.”