SDR Membership Has Its Privileges 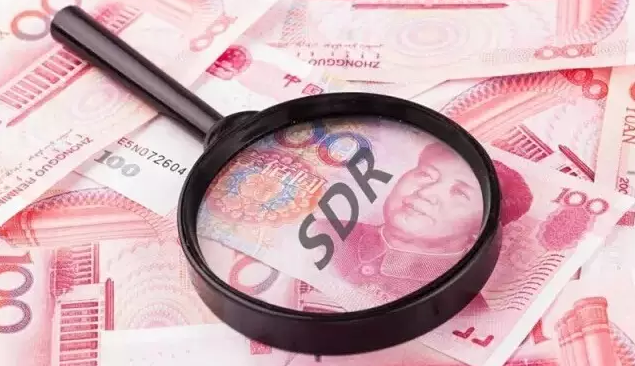 China’s currency will become a part of the International Monetary Fund’s basket of currencies that serves as an official unit of account on Oct 1.

The first function is a recognized official unit of account, and an anchor to which a local currency can be pegged. Renminbi-denominated sovereign bonds have now been issued, with the United Kingdom being the first foreign government to do this. Private sector usage of RMB for denominating financial transactions has become abundant.

For example, the RMB has consolidated its position as the second most popular trade financing currency after the dollar. Expansion of the offshore renminbi market has undoubtedly helped, but access to the onshore RMB debt markets has been the key driver. This is particularly so since recent regulatory reform has made the renminbi de facto fully convertible for public sector investors.

Foreigners owned 2 percent of total outstanding China onshore bonds at the end of last year. This is relatively low compared with other emerging economies, such as Malaysia (44 percent), Indonesia (38 percent) and Brazil (34 percent).

With the announcement of the renminbi’s inclusion in the special drawing rights basket, our conservative forecasts would suggest capital inflows to reach CNY (onshore RMB; abbreviation for “Chinese yuan”) 5.5 trillion to 6.2 trillion ($860 billion to $969 billion; 810 billion to 913 billion euros) by the end of 2020. Foreign ownership will likely reach 9 percent of the onshore bond market, at least. Assuming capital account opening continues, especially with respect to private investors, accessibility to renminbi-denominated assets will improve.

One aspect of the “unit of account” function that is often overlooked is the pricing of commodity exchanges. The launch of RMB-denominated mini futures on the London Metals Exchange and the acceptance of renminbi as eligible cash collateral were symbolic milestones. We expect the RMB to become a leading commodity invoicing currency by 2020, with nearly 10 percent of China’s commodity imports to be denominated in RMB compared with about 1 percent today.

The second function – medium of exchange – is one where the RMB has excelled in recent years. This comes as no surprise as trade settlement has been the backbone of RMB internationalization.

China is the world’s largest trading nation, with total trade of $4.4 trillion last year, ahead of the United States ($3.9 trillion) and Germany ($2.7 trillion). Around 30 percent of China’s trade is already settled in RMB, and we expect that to rise to nearly 40 percent by 2017. Rising to the fourth position of most-used payment currency (about 3 percent of global payments in August) from 12th three years ago (0.84 percent in August 2012), the RMB is on track to overtake both the yen and the sterling to become the third payments currency by 2020.

The final and most testing function is a store of value for both private and public sector investors. To satisfy the IMF’s “freely usable” criteria, China accelerated its steps to resolve the technical issues the IMF highlighted in its informal review released in August.

The executive board’s stamp of approval will trigger a significant but gradual inflow of funds into RMB-denominated assets. The delayed implementation of the new SDR basket will give central banks, sovereign wealth funds and multilateral institutions benchmarked to the SDR plenty of time to diversify their holdings. We expect inflows of $85 billion to $125 billion from global central banks next year, with at least 5 percent of global reserves being denominated in renminbi by the end of 2020. That said, portfolio reallocation by private investors would depend on the pace of further capital account opening.

The RMB has made remarkable progress since internationalization efforts began in December 2003, when the Hong Kong Monetary Authority announced the beginning of offshore renminbi business on a trial basis in Hong Kong. Standard Chartered’s RMB Globalization Index has risen from 100 in December 2010 to 2,407 in September this year. The index tracks deposits, cross-border payments, foreign exchange turnover and dim sum bond issuance across seven offshore RMB centers (Hong Kong, Singapore, London, Taiwan, New York, Paris and Seoul), which accounts for 90 percent of offshore RMB flows. With London’s dominance as an international foreign exchange transaction center, the United Kingdom has cemented its position as a leading offshore RMB center in the West.

Reserve currency status is desirable, not the least as it comes with exorbitant privileges. But the responsibility that comes with it should not be underestimated. From a practical perspective, the renminbi’s inclusion with the third-highest weighting will likely raise the SDR interest rate on the fund’s borrowers, creditors, and its own income position. China is also committed to continuing reforms, improving data transparency standards, and limiting market intervention. Eventually, there will be expectations for the Chinese central bank to become a lender of last resort.

Beijing’s efforts are starting to reap benefits, but tougher challenges remain. Just as the renminbi’s international currency status is a byproduct of an overarching goal to optimize China’s economic power, resilience and prosperity, SDR inclusion and implicit reserve currency status is a means to an end, not an end in itself.