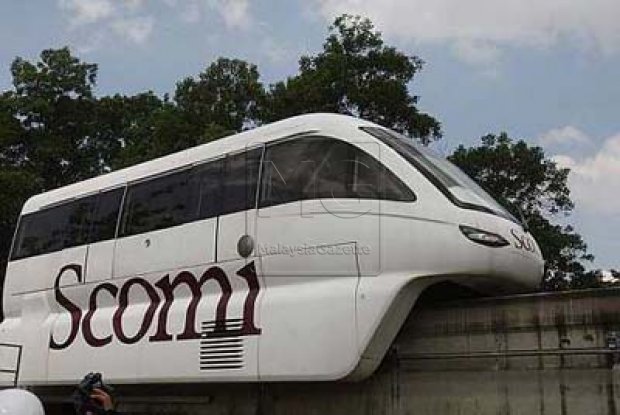 PETALING JAYA: The economical and political crisis in Brazil has benefited Scomi Engineering Bhd, with the company bagging additional work orders from the Brazilian government.

“We are stepping up to complete the Line 17 monorail project. They have given us approval for the remaining works,” he told StarBiz, adding that the company was still negotiating with the client on the additional orders. The value of the additional works would be announced when negotiations have been finalised.

“We have an order book of RM1.32bil excluding additional Line 17 orders,” Kanesan said.

He said the Brazilian government was committed to finishing the project and had even approached Scomi Engineering to fast track the project.

“It is expected to be completed in 2019 but they are expediting this and paying for the acceleration,” he added.

In 2011, Scomi Engineering together with consortium partners clinched a RM2.6bil contract to build a monorail line for Line 17-Gold in Sao Paulo.

He said the consortium members pulled out from the project due to their own issues.

“Sao Paulo Metro has been a good paymaster despite all the delays of civil contractors on the project. The city has no funding problem to complete this project and, in fact, is about to commence the Line 18 monorail project this year,” Kanesan said.

The initial contract was to supply 24 train sets comprising three cars each. However, the Sao Paulo Metro has revised its order to 18 trains with five cars each.

In July 2014, a Scomi Engineering consortium was awarded a contract by Companhia Do Metro in Sao Paulo to develop and maintain the Sao Paulo Line 18 monorail project. Scomi was appointed the technology partner for the

public-private partnership (PPP) project. The scope included the design and manufacture of the rolling stock and track switches, supplying the vehicle management system and bogies as well as system integration.

Line 18 project was Scomi Engineering’s third win in Brazil after Line 17 and Manaus.

Kanesan said the company was awaiting a reply from the Bangalore government on a monorail project. The proposals were submitted four years ago.

“Overall approval is pending the financial model finalisation under PPP,” he said.

Scomi Engineering has completed the first phase of the Mumbai monorail system in India and is currently working on the second phase.

The first phase of the Mumbai monorail project runs over 9 km and Scomi operates the line.

The second phase spans 11 km. Scomi will also operate the system which is expected to become fully operational early next year.