Heavily reliant on coal-fired electricity, South Africa is launching ambitious new projects aimed at diversifying its energy sources and avoiding the regular power cuts that have hobbled the economy in recent years.

Solar and wind energy plants are mushrooming across the country while the government is planning a huge – and controversial – expansion of nuclear power. 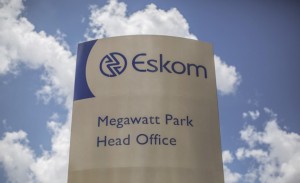 But coal is not going away anytime soon.

On the outskirts of Johannesburg and near the industrial town of Vereneeging, six large turbines spew white smoke above the desolate landscape.

The Lethabo plant, operated by the state-owned utility firm Eskom, is using inexpensive, poor quality coal which is found in abundance in this part of the country.

“The most affordable option to produce the majority of our energy remains coal,” which provides 85 percent of the country’s energy, he said.

Two mega coal plants – Medupi and Kusile – are under construction and will each have the capacity to produce around 4800 MW.

But the government believes that for South Africa to cut down its excessive reliance on coal, it has to expand its nuclear power generation – despite opposition from environmentalists and fears that the huge cost could cripple the economy.

South Africa currently has the sole nuclear power plant on the continent, situated at Koeberg, north of Cape Town. The twin reactors there contribute nearly 2000 MW, a little over four percent of the national power output.

The government wants to pump an extra 9600 MW of nuclear power into the national grid by building eight new  reactors at an estimated cost of some $50 billion (46.5 billion euros).

China, France, Russia, South Korea and the United States are bidding to construct the plants, with the winner expected to be announced early next year.

Apart from nuclear energy, South Africa is pressing ahead with renewable energy options.

“Coal will continue to be one of the sources of electricity in South Africa for a foreseeable period of time in the future,” said Brian Mantlana, director of climate change issues at South Africa’s environment ministry.

But “what is important is how South Africa changes its energy mix going forward,” he said.

Eskom this year launched its first wind farm near Vredendal in the desert near Namibia. Forty-six wind turbines some 115 metres (380 feet) tall are generating 100 MW of electricity.

Further north a solar scheme is under construction that is expected to produce an additional 100 MW.

The outputs are small so far, but Eskom plans a huge expansion of energy from renewable sources.

“By 2030 the aim is to almost double our capacity for electricity production in the country. And we want 42 percent of this new energy to come from renewables – the equivalent of 17 800 MW,” said Ayanda Nakedi, director of renewable department for Eskom.

The target is “realistic”, she said, because already 3000 MW of renewable energy has been commissioned from private players that have invested millions of dollars into various projects.

Her optimism was echoed by Olivier Grandvoinet, head of projects related to climate change for the French Development Agency, which helped finance the wind farm with a loan of 100 million euros.

“The policies to support renewable energy are robust” and “considered by many as an example internationally,” he said.

South Africa is also looking beyond its borders to bolster its energy security. It has pledged to buy half of the power generated from the future hydro electric Grand Inga Dam in the Democratic Republic of Congo, but the production date is uncertain.