Interest Rates and the Property Market

The South African Reserve Bank has warned that they are currently in a hiking phase and consumers can expect the interest rate to increase in the near future. Why is this important for the South African property market and homeowners? 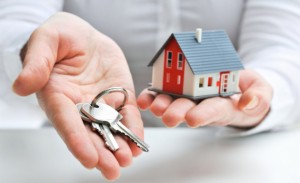 “Well,” says Adrian Goslett, Regional Director and CEO of RE/MAX of Southern Africa, “the fact is that there are only a handful of people in South Africa who are able to purchase a property with cash. Most homeowners and potential buyers in this country are loan-dependent and therefore will require financial assistance from a lending institution in order to buy a home. As a result, the interest rate will affect most homeowners at some stage of their lives in some way.”

Goslett notes that as the majority of the population is loan-dependant, fluctuations in the interest rates can have a substantial effect on potential buyers who are entering the property market and more particularly those who already own a home.

An advantage of a low interest rate is that it provides homeowners with the opportunity to pay additional money into their bond account to reduce the term of the loan, without it having a severe impact on their monthly budget. The lower the rate, the easier it will be for homeowners to pay the required monthly repayment and add in a little bit extra.

“Although we are currently in an interest rate hiking cycle, when compared to the interest rates during the boom period, consumers are currently paying far less interest for their homes. At the end of 2008, the prime lending rate was 15%, while it is currently at 9.5%.  Based on a home bonded at R1-million over a twenty year term, the monthly repayment would have been around R13 167.90 in 2008, while a bond of R1-million today would cost around R9 321.31 to service monthly,” says Goslett.

Aside from the possible fluctuations on the monthly repayments for homeowners, the interest rate directly affects buyers wanting to purchase property and how much they can afford. Since the introduction of the National Credit Act (NCA), financial institutions have placed a great deal of emphasis on affordability levels and a low interest rate assists buyers to show higher affordability levels.

“The interest rate directly affects the size of the bond that a potential buyer will be approved for. Lower rates generally mean that the buyer will be able to afford a larger bond, provided that all other qualifying criteria are in place. It is important for a buyer to consider whether they still be able to afford the bond if the interest increases by between 1% and 2% just to play it safe,” says Goslett.

He notes that lower interest rates will also indirectly impact the amount of disposable income which is available within a household.

Considering that disposable income weighs heavily in a consumer’s favour when applying for a home loan, as more buyers show affordability, demand in the property market increases. The increased demand pushes property prices up and will contribute to an increase in a home’s value over time.

According to Goslett, from an investment perspective the increased demand for property as well as the reduced monthly repayments on home loans will result in investors gaining more from their property portfolios. For example, investors who have a rental portfolio will be able to charge the same rental for their units, while paying reduced bond repayments resulting in greater profit. The less interest that is paid on an investment property annually means a lesser net return will be needed for the owner to see a profit on their initial investment.

Homeowners and potential buyers who wish to reduce the impact of an interest rate hike should reduce their debt levels as much as possible and keep them to a minimum.

“Reducing debt and increasing savings will ensure that homeowners are in a better position and have some financial leeway when interest rate hikes happen. It will also increase potential buyer’s chances of getting bond approval,” concludes Goslett.