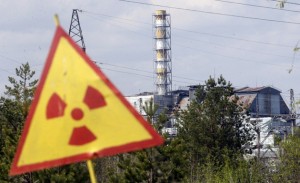 China is competing with Russia, France, the United States and South Korea for the South African nuclear power plant construction programme, which is worth up to $50 billion (46.5 billion euros).

“Bilateral cooperation arrangements such as these serve as a valuable mechanism for ensuring that the NNR’s regulatory practices are … benchmarked against the best current standards and practices as applied internationally within the nuclear industry,” NNR’s chief executive officer Bismark Tyobeka said in a statement.

The two countries signed a nuclear energy cooperation agreement a year ago, which Pretoria said was in preparation for a “possible” utilisation of Chinese nuclear technology in the country.

Similar agreements have been signed with the other bidders.

South Africa has one nuclear power station but relies heavily on coal for electricity generation.

Power shortages have hobbled South Africa’s economic growth, but the plan to expand nuclear energy production has come under fire from critics over environmental concerns and fears that the cost could cripple the economy.