The National Treasury says that it has enough foreign currency deposits to repay its debt after the country’s sovereign credit rating was downgraded by credit ratings agencies Fitch and Standard & Poor’s. 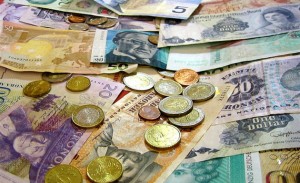 Fitch downgraded South Africa’s credit rating from BBB to BBB-, which is the lowest investment-grade rating and just a level up from junk status. Fitch also changed its outlook on the country from negative to stable.

Standard & Poor’s affirmed its BBB rating but changed its outlook from stable to negative.

The National Treasury said that it had sufficient foreign currency deposits to meets its debt repayments.

The Treasury added that the government was aware that the country’s economic growth needed to be improved in a sustainable manner and that was why it has made stabilising the country’s power supply an immediate priority.

The state also needs to tackle labour relations to avoid more protracted strikes and improve the governance of its state-owned firms that are draining financial resources.