South Africa’s Cabinet has welcomed the signing of 26 agreements to the value of R94 billion, during the recent State visit by Chinese President Xi Jinping.

President Xi was in South Africa last week, ahead of the historic Forum on Africa-China Cooperation (FOCAC), with a heavy weight delegation, where several key agreements were concluded between the two countries. 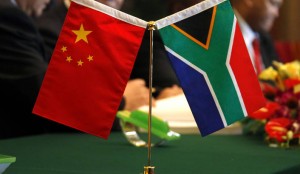 Deals include a US$500 million loan facility to South Africa’s power utility Eskom; a US$2.5 billion funding guarantee for SA’s transport and logistics parastal Transnet from the China Development Bank, and a R12 billion agreement to build a car manufacturing plant in South Africa.

“As part of the 2nd FOCAC, President Xi Jinping pledged US$60 billion for development in Africa,” said Minister in the Presidency for Planning, Monitoring and Evaluation Jeff Radebe, at the last post Cabinet briefing of the year.

The FOCAC Summit was hosted in South Africa’s economic powerhouse Johannesburg from 4 – 5 December. Minister Radebe said the adoption of a new Declaration and Plan of Action (2016-2018) at the summit paves the way for a growing mutual partnership between Africa and China, which will unlock new trade and investment opportunities to help stimulate economic growth.

The summit focused on infrastructure development, industrialisation, job creation, technology and knowledge transfer that is mutually beneficial and will complement the economic potential of two of the fastest growing regions of the world.

“This bears testament to the important partnership that exists between business and government, and the role that business is playing in the development of the economy,” said Minister Radebe.

The plant will be home to the next generation of BMW X3 vehicles.

South Africa’s automotive sector is estimated to contribute between 6% and 7% to the country’s gross domestic product. In 2013, SA’s automotive exports (components and vehicles) exceeded R102 billion, accounting for 11.1% of total SA exports for the year.