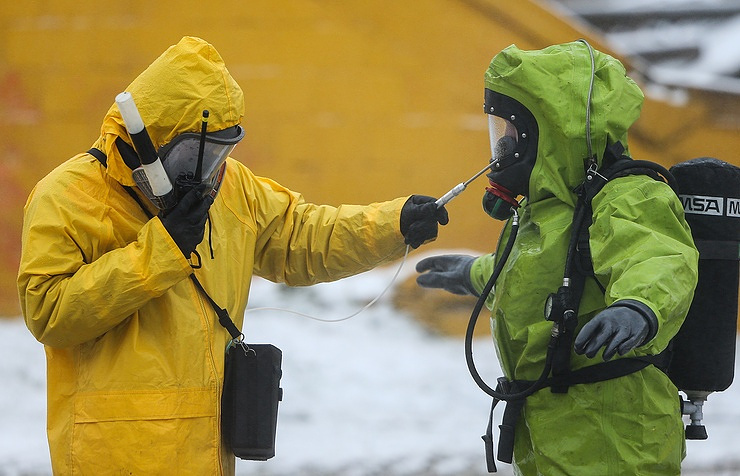 Researchers from the Semenov Institute of Chemical Physics of the Russian Academy of Sciences (ICP RAS) and the Moscow Institute of Physics and Technology (MIPT) have introduced a new model of sensors which are by far more sensitive to chemical pollutants and explosives than those currently available on the market, the MIPT’s press service said. The results of the study have been published in Sensors and Actuators B: Chemical.

“By choosing an appropriate sensor composition we have made our device at least ten times more effective and exceptionally quick in responding, which is crucial for preventing terrorist attacks,” said the leader of research team, Professor Leonid Trakhtenberg from the Department of Molecular and Chemical Physics at MIPT and the head of the Laboratory of Functional Nanocomposites at ICP RAS.

The binary sensor model devised by scientists makes use of a mixed system comprised of a catalytic region able to effectively bind to the particles of a substance under detection (for instance harmful, pollutant gases or explosives) and the region with high electron concentration which is very sensitive to the chemical reaction in the catalytic region and responds by altering the conductivity. By measuring the changes of the sensor’s conductivity, one can locate the contact of the sensor with the target substances which needs to be detected.

In the future, further investigations of sensor capabilities are scheduled, where particular attention will be paid to choosing perspective combinations of catalytic and conductive centers for detecting various substances.