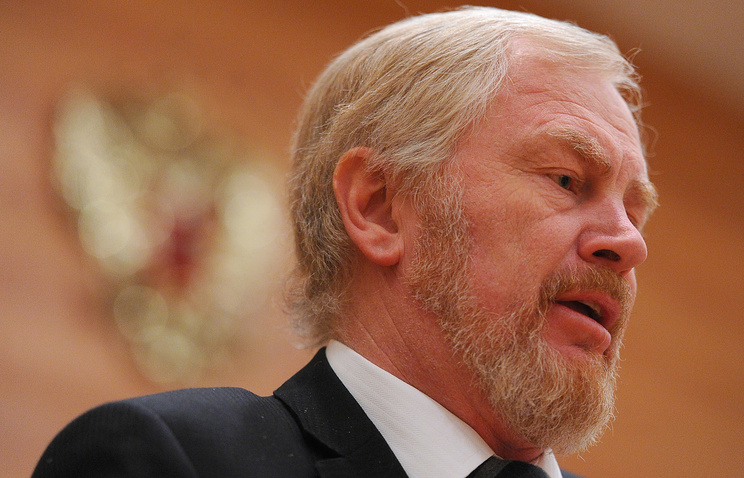 “Currently the institution (EBRD – TASS) lacks the opportunity to participate in providing loans to Russian enterprises due to its political leadership. The Finance Ministry and the Economic Development Ministry are assuming measures to reverse the situation. Hopefully we will be able to do this within half a year,” he said.

According to Storchak, prior to mid-2014 when the European Union released the so-called political leadership, which barred the EBRD board and World Bank’s management from having transactions with Russia those two institutions had been the most active participants on the market of direct foreign investments. “In 20 years EBRD had accumulated $25 bln worth of assets of Russian transactions without Russian government’s participation, without state guarantees and on arm’s length terms,” he said.

Currently Russia participates in operations of 11 development banks, of which the most important are the BRICS New Development Bank (NDB) and the Asian Infrastructure Investment Bank (AIIB), Storchak added.

In May Deputy Finance Minister said the EBRD management was demonstrating a wish to work with Russia and was ready to return to the Russian market as soon as political environment got favorable.

The European Bank for Reconstruction and Development, currently owned by 64 countries, the EU and the European Investment Bank, was created in 1991 to invest in former communist countries from the Balkans to central Asia to help them transform their economies. The bank expanded its geographical scope to include nascent democracies in North Africa and the Middle East in 2011.

Russia became a member of the EBRD in 1992. Until recently, the country accounted for roughly a third of the total volume of the bank’s operations. In total in 1992-2014 roughly 800 projects worth more than 24 bln euro were financed in Russia.

In July 2014, the EBRD adopted a resolution on “temporary suspending” financing new projects in Russia. The decision was taken at the initiative of shareholders of the Bank from the European Union due to the introduction of anti-Russia sanctions.

« Rusal, Sauer will Develop 3D Printing Technology for Industrial Use of Aluminium Alloys» Analysts Estimate Losses of Western Countries from Sanctions at $60.2 Bln