Russian Economy to “Turn the Corner” 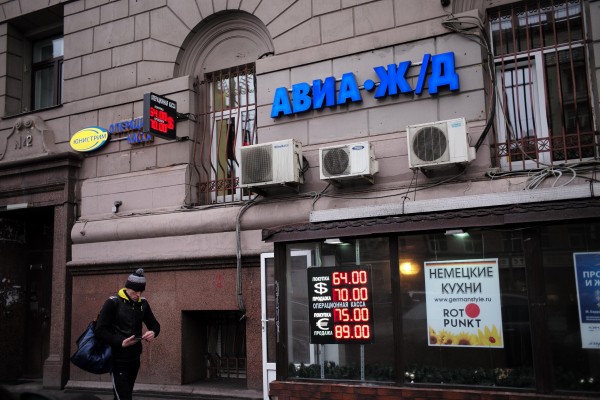 Russia, which has reeled from EU and US sanctions over the Ukraine crisis and a drastic drop in oil prices, could return to economic growth next year, a new report has shown.

An International Monetary Fund (IMF) report released this week has praised Russian authorities for a string of measures that have helped soften the blow of recession.

As a result of the Russian authorities’ adequate response to their fiscal crisis, the IMF is now lowering the decline in the economy from 1.5 per cent to 1.2 per cent.

“Real GDP is expected to decline by 1.2 per cent in 2016, as consumption adjusts to lower real wages and tighter credit conditions while investment remains weak,” the IMF said.

“Growth is expected to resume in 2017 and reach 1 per cent, as domestic demand slowly recovers on the back of easing financial conditions and pent-up demand,” the report added.

The findings come nearly in tandem with Russian analysis of the challenges facing the economy.

Russia’s gross domestic product (GDP) fell 3.7 per cent in 2015, the Russian statistics agency Rosstat said in a report on the social-economic situation in the country on Monday, but the Federal Statistics Service says the level of contraction has been at a slower pace than previously predicted.

A recent report from the Economic Development Ministry indicates that the Russian economy will turn the corner in 2016 and show GDP growth once again in 2017 as long as oil prices remain above $45 a barrel.

Global oil prices currently pivot below the $50 mark period, but some analysts believe they could reach $60 a barrel by 2017.

The data backs the Russian Central Bank’s June 10 decision to lower interest rates steady from 11 to 10.5 per cent on studies which showed a lower ruble enabled greater export of local manufactured goods and commodities.

The Russian Central Bank also said it expects the current 7.9 per cent inflation rate to ease to four per cent by the end of 2018.