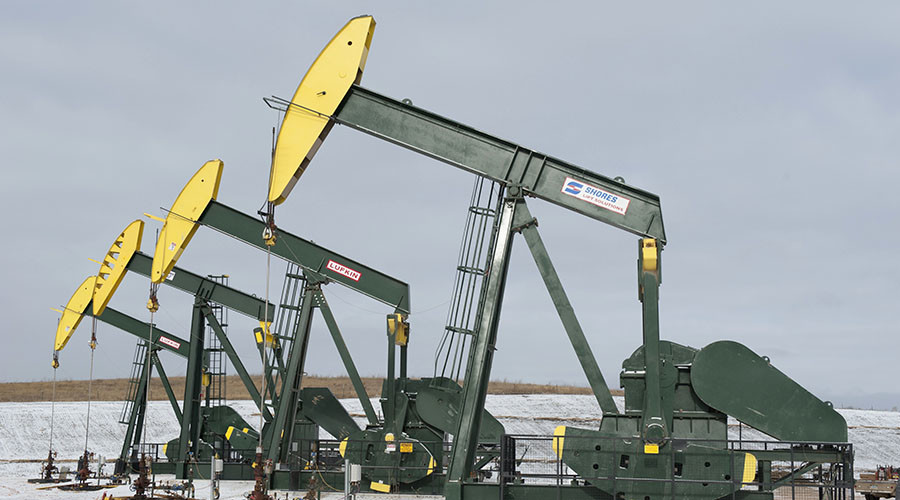 Analyst’s oil price predictions for this year, just like oil prices, swing wildly from a pessimistic $20 to an optimistic $80 per barrel. Russia has a lot riding on the answer as its economy is still largely dependent on crude exports.

History shows that neither prediction is out of the question. The truth is no one really knows which way the turbulent oil market will swing next year. But what is certain is that for Russia the price of crude is the difference between continued contraction or returning to growth.

On the low end, experts at Goldman Sachs are predicting crude prices could more than halve again, to just $20 per barrel.

“The oil market is even more oversupplied than we had expected and we now forecast this surplus to persist in 2016 … the potential for oil prices to fall to such levels, which we estimate near $20/bbl, is becoming greater,” the US investment bank said in a research note in September.

He expects volatility in oil prices in the first half of 2016. However, $50-55 per barrel in the next year seems realistic, Ulyukaev added.

Russian Finance Minister Anton Siluanov said that 2016 will be decisive for oil. According to him, a lot of oil producers will be unable to sustain $40 oil and will be forced to cut production to stabilize the price.

“Everyone is playing for himself. Saudi Arabia is cutting prices. Iran is returning to the oil market. We have to live through this difficult year,” said Siluanov.

Russia expects to get 3,165 rubles per each barrel of exported oil. With Brent at $40 and ruble at 70 per dollar, the Russian economy will lose about 350 rubles, or $4-5 on every barrel. To cover this deficit, the Finance Ministry may be forced to turn to the Reserve Fund.

In October, Siluanov said that 2016 could be the last year for the Russia’s Reserve Fund. The country will have to switch to the National Welfare Fund that could significantly reduce by 2018.

The Reserve Fund and National Welfare Fund are part of the international reserves of Russia. The country’s reserves as of December 1, 2015, stood at $369.7 billion according to the Central Bank of Russia.

Russian Prime Minister Dmitry Medvedev said in December that the Russian economy could return to growth in 2016 with inflation halving – to 6.4 percent. But everything depends on the price of oil.