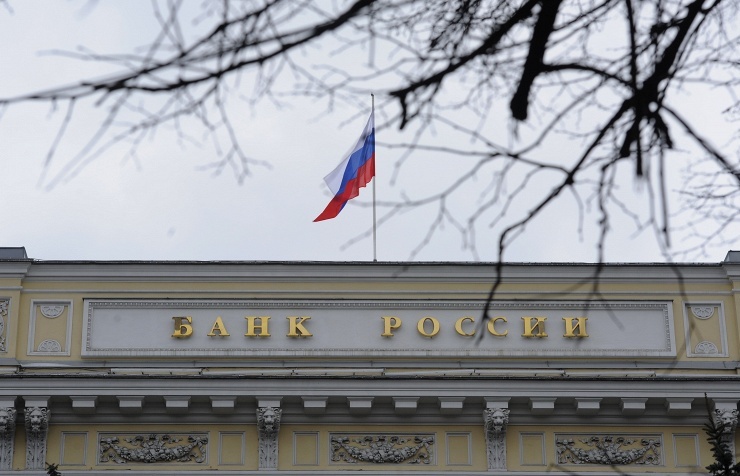 The Russian Central Bank on March 18 is going to retain the key rate at 11%, analysts polled by TASS said. Stabilization of commodity and currency markets encourages the Central Bank to reduce the rate. However, the regulator will be cautious amid beginning acceleration of consumer prices growth due to seasonal factors and the excise tax on gasoline.

Analysts also expect the Central Bank to disclose several intrigues on Friday: will the regulator soften its January signal of a possible tightening of monetary policy, how much it will worsen the macroeconomic forecast for the current year and its assessment of the current levels of ruble exchange rate and oil prices.

Publication of the decision on the key rate will be accompanied by a quarterly briefing by the Governor of the Russian Central Bank Elvira Nabiullina and a report on monetary policy.

“This is ambiguous situation, there are factors that point to a possible rate cut, and there is actually a risk,” Ronin Trust analyst Andrey Verkholantsev said.

When deciding on a key rate, the Central Bank primarily focuses on inflation. And while inflation expectations and inflation trend are on decline, weekly inflation rate in early March rose from 0.1% to 0.2%. Although in the second week of the month, it again fell to 0.1%, it could be a wake-up call to the Central Bank. “Weekly inflation in the period from March 1 to 9 was 0.2%, accelerating from the previous value. This cannot be considered a particularly alarming signal for the Central Bank, but it is another indication that the decline in inflation has not yet taken shape as a stable tendency,” Binbank principal analyst Natalia Vaschelyuk. Increase of excise taxes on gasoline and diesel fuel from April 1 contributes to growth of prices.

However, Economic Development Minister Alexey Ulyukayev did not consider the inflation dynamics to be an argument for not reducing rates. On the contrary, in his opinion, the slowdown in the annual inflation rate to 7.9% at the key rate of 11% gives the regulator “substantial resources” to reduce rate.

Some uncertainty persists on the part of fiscal policy. So far the amendments to the 2016 budget were not presented, there are risks of increasing costs and deficit, which carries inflation risks for the Central Bank. According to senior analyst at Nordea Bank Dmitry Savchenko, fiscal policy risks are considerable. “This is one of the strongest arguments for not reducing the rate. The risks associated with the budget could worsen, and yet we have little idea of how Finance Ministry is going to operate the in the near future. This can also be a big surprise for the Central Bank. It is one of the most important factors that influences the Central Bank policy,” he says.

Most positive comes from the commodity market: since the last meeting, price of Brent crude oil rose from $36 per barrel to almost $40. “This is definitely a positive signal to the Central Bank,” Vladimir Pantyushin, strategist at Sberbank CIB said. Against this background, the ruble has significantly strengthened in month and a half – from 77.4 rubles per dollar to 70.5 rubles per dollar. However, so far it is unclear how stable is the current stabilization of oil prices. “It took a little time to understand the trend of stability in the oil market. In fact, we have seen growth only for a month; therefore the Central bank might possibly want to take a long pause, in order to ensure sustainability of the recovery in the oil market,” Verkholantsev said.

Market participants expect a rate cut, yields on OFZ markets (prices include reduction of more than 150 basis points) is indicative of it. Banks and businesses also influence the decrease. Head of the Duma Committee on Economic Policy, Innovation and Entrepreneurship Development Anatoly Aksakov said he hoped that the Russian Central Bank lowers the key rate “more decisively – not by half a point, but at least by one point – to 10%, thereby giving a positive signal to the market to decline interest rates to end borrowers.” In turn, member of the Presidium of the Council of the All-Russian Public Organization Business Russia Anna Nesterova said that one should not expect a rate cut. “The uncertainty of the economic situation, the US Federal Reserve System, as well as the volatility of oil prices do not give grounds to speak about changing the policy of the Central Bank,” she said.

Experts agree that the regulator does not have really need to reduce the rate. It is unlikely to bring GDP growth to a positive zone, growth of lending is present at the current rate (volume of loans to the economy in January increased by 1.6%), and the ruble could be supported due to the new program of the Central Bank on the de-dollarization. “Rather than rush down the rate, the Central Bank reasonably planned to reduce the level of dollarization of the banking sector,” chief economist at Alfa Bank Natalia Orlova said. Since April 1, the Central Bank increases reserve requirements on foreign currency corporate deposits from 4.25% to 5.25%. $190 bln of the Russian market accounts for this. “The slight increase of regulations on required reserves is unlikely to lead to a strong decrease in foreign currency liabilities, but this step of the Central Bank shows the intention to reduce volatility of the ruble exchange rate and pave the way for further lowering the rate,” Orlova said.

In addition, the rate cut is not necessary for banks either. “Currently it makes no sense for the Central Bank to reduce the rate of lending to support the banking system, there is enough liquidity,” chief economist at BCS Vladimir Tikhomirov said.

In turn, Head of Macro Research & Strategy at Gazprombank Gulnara Khaidarshina remained more reserved in her estimates. In her opinion, the key rate will be reduced in the second half of the year. However, she did not rule out that the rate reduction could occur earlier in sustainable stabilization of commodity prices.