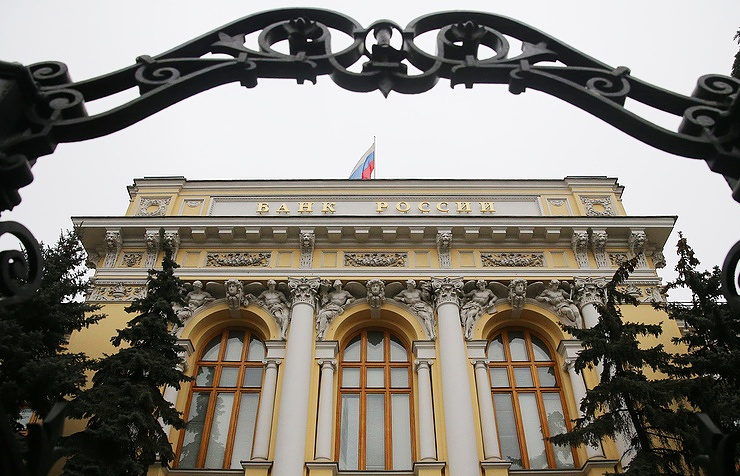 The Board of Directors of the Russian Central Bank decided to maintain the key rate at 10.5% per annum at the meeting on Friday.

The decision and further tight monetary policy will contribute to achieving the inflation target of 4% by the end of 2017, the Central Bank said. Dollar and euro decline after Central Bank decision to retain key rate at 10.5%.

The regulator notes that the dynamics of inflation and emerging revival of economic activity generally correspond to the baseline forecast of the Central Bank.

The decline of inflation expectations in Russia ceases, according to the press release.

The Central Bank noted that base inflation ceased to decline, as well as seasonally adjusted figures of monthly rates of growth of consumer prices and inflation expectations.

The bank will consider further opportunities for cutting key rate.

The next meeting of the Central Bank Board of Directors on the key rate is scheduled for September 16.

The monetary conditions in Russia’s economy are to remain tight, the bank said.

“Real interest rates in the economy, with inflation expectations factored in, will stay at a level which guarantees credit demand while not increasing inflationary pressure, and will maintain stimulus for saving,” the release says.

The annual rate consumer prices growth will be less than 5% in July 2017 and will reach the target level of 4% at the end of 2017, according to the press release.

At the same time, according to the Central Bank, the annual rate of consumer prices growth as of July 25 fell to 7.2%.

The regulator also notes that the risks of inflation not reaching the target level of 4% in 2017 remain.

Russia’s Central Bank says it may not meet the 4% inflation target set for 2017 due to uncertainty in budget spending, notably in regular inflation-adjusted pension and public sector salary hikes.

“The risks of not meeting the 4% inflation 2017 target remain. Coupled with external risks, this is mainly due to ongoing inflation expectations, uncertainty in specific measures of budget consolidation, including pension and salary hikes adjusted to inflation,” the release says.

“In general there is trend for restoring economic activity. Positive quarterly GDP growth is possible in the second half of this year. Positive annual GDP growth rate is forecasted for 2017,” the Central Bank said.

At the same time, the regulator notes the revival of industrial activity amid weak demand, which does not lead to an increase of consumer prices. “Economic dynamics in different regions and industries remains uneven. Import substitution and non-oil exports are developing, there are new areas of growth in the industry, including the manufacturing sector. At the same time, there is stagnation or slowdown in output growth in some industries, investment continues to shrink,” the statement said.

The Central Bank Board of Directors in June forecasted growth of Russia’s GDP in 2017 of 1.3%.

The regulator notes that the dynamics of inflation and emerging revival of economic activity generally correspond to the baseline forecast of the Central Bank.

According to the statement, the bank will absorb liquidity as it moves into surplus in banking.

The Bank of Russia decides to establish the National Reinsurance Company (NRC) and has partly set up its supervisory board, the regulator said.

“Establishment of NRC will make possible to significantly increase the Russian reinsurance market capacity and provide insurance coverage to companies that lost it because of sanctions and impossibility of reinsuring risks abroad,” First Deputy Chairman of the Bank of Russia Sergey Shvetsov said.

« Ministry: Inflation Suppression to 4% by 2017 Year-end Possible in Russia» China, ASEAN Must Cooperate on Sea Issue