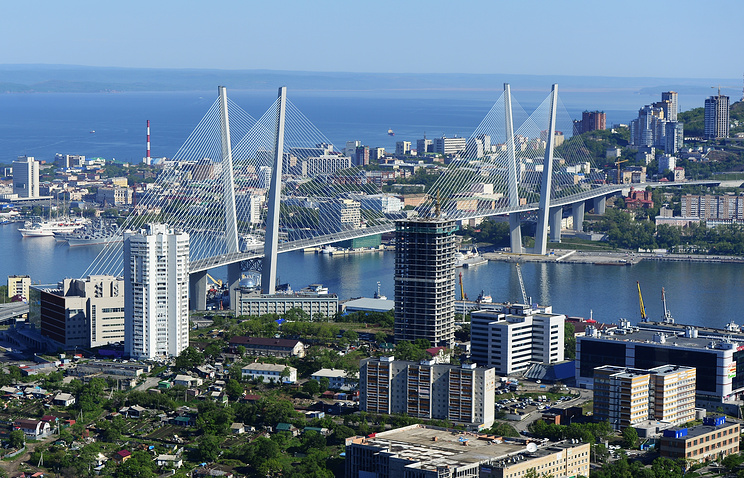 Russia has submitted 16 projects in Far East totally worth $8 bln to the Asian Infrastructure Investment Bank (AIIB) for consideration, Russia’s Minister for the Development of the Far East Alexander Galushka said at the Russia-ASEAN summit on Thursday.

“Yesterday’s talks with AIIB president were very successful. We submitted 16 projects backed by the Far East Development Fund as co-investor. Those are projects worth a total of $8 bln that have undergone the fund’s examination,” he said.

According to Galushka, the Far East Development Fund is ready to invest up to 10% of funds needed for those projects and share AIIB’s risks.

“Besides, we submitted the projects on development of international transport corridors Primorye-1 and Primorye-2 as projects potentially eligible for AIIB participation. We also informed our partners from the bank about priority development areas and the Vladivostok free port, and invited AIIB to join the project of developing the Northern Sea Route in early stage,” he added.

The Asian Infrastructure Investment Bank has taken interest in the projects submitted for consideration, including the one on development of the Northern Sea Route, Galushka said, adding that “the volumes of investment that are related to its engineering (of the Northern Sea Route) on the one hand and the benefits both for potential participants of the project and for the countries of the Asian-Pacific Region” are being figured out.

Galushka said that the project of development of the Northern Sea Route satisfies the AIIB requirements from the viewpoint of the Russian authorities.

The idea of setting up the AIIB came from China in order to overcome infrastructural constraints of the economic growth of Asian countries.

The authorized capital of the financial institution amounts to $100 bln. Russia obtained 65,362 shares in the bank. China, India, Russia, Germany and South Korea are the biggest co-founders in terms of investment out of 57 countries involved.

« AIIB Chief: I Expect Russia to Play A Major Role in the Bank» Economy Minister Says Russia Out of Recession More Than Six Months