AIIB Chief: I Expect Russia to Play A Major Role in the Bank 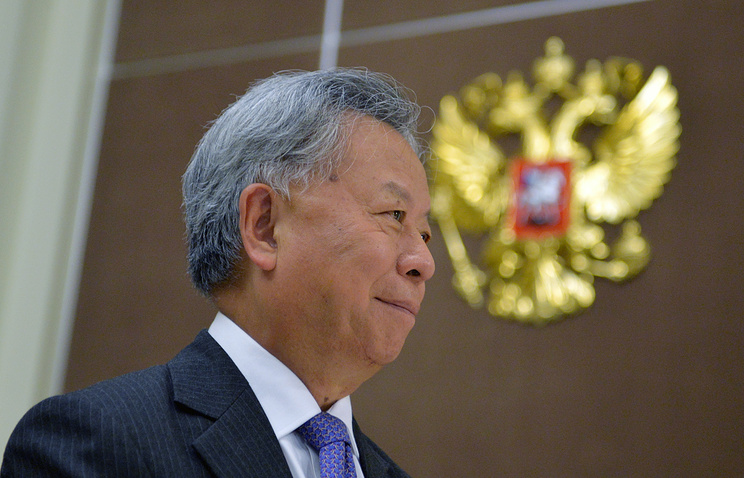 – Mr. President, yesterday Russian President Vladimir Putin invited the AIIB to take part in some infrastructure projects in Russia. Do you have any practical ideas on the implementation of these projects?

– I had a very good and productive meeting with President Putin yesterday. We discussed broad areas of cooperation between AIIB, all its member countries, including Russia. Russia is one of the biggest shareholders of our bank and I expect Russia to play a major role in the bank. Russia has a seat on the board, so Russia can work through the board, through the director to make its role felt in the bank.

When it comes to the practical financing, the AIIB will always look at three basic requirements whether the projects are financially sustainable, environmentally friendly and socially acceptable.

We particularly attach importance to connectivity in Eurasia because connectivity helps Europe and Asia in terms of enhanced trade and investment cooperation.

I indicated to President Putin that when AIIB looks at investment and infrastructure projects, we do not simply look at the benefit that will accrue to one country. We look at the positive impact beyond the borders. If the project we do in a country does not just benefit that country but also its neighboring countries, the impact will be greater.

We understand that European countries embrace the connectivity between Asia and Europe. So in this regard we believe in the future when we identify projects in those areas, we will really have to look at the broader impact on the cooperation between Europe and Asia. Russia is a country which sits astride Europe and Asia.

– Speaking about Russia: Kremlin spokesman Dmitry Peskov said at a news briefing today that the potential of Russia’s relations with AIIB is not fully realized and much has to be done in this respect. What, in your opinion, should be done to realize this potential?

– I think this bank has just started its operation, it’s been four or five months into operation, so I think Russia’s role and AIIB’s contribution will have great prospects and future, just as AIIB’s relationships with all the other member countries. It will take some time for such kind of relationship to fully materialize and to be fully established. And I do think you will never come to the point when this potential is fully realized. Otherwise there is no future. So I think President Putin encourages AIIB to do more in all its member countries.

– Mr. President, you’ve mentioned that the bank has started working not long ago but maybe in the future it could become an alternative to the World Bank or IMF. What do you think?

You know some people worried about the competition between AIIB and the existing MDBs. I don’t think why there could be competition. First of all, there are vast areas of cooperation. Nobody can fill up the gap in infrastructure financing.

According to ADB’s (Asian Development Bank) calculations or estimates of the next ten year’s time, there is a gap of eight or ten trillion US dollars in Asia’s infrastructure.

Even if we combine the resources of all of the MDBs plus the private sector resources, it’s still not enough to fill in the gap. So I don’t think there could be any case for competition. On the contrary, AIIB and some other institutions are working together to cooperate, to co-finance the infrastructure projects, which are normally very large. And it’s not a good idea to put all the money in one and the same institution.

– So you are also cooperating with the newly established Brics bank?

– We will. We have not yet started but we will. As the general principle, let me tell you, our bank is willing to work with all the multilateral institutions, bilateral sources of funding and other private sector investors in promoting infrastructure investment in its member countries. Thereby,  making the path for broad-based economic and social development. Because we fully understand – no single institution can do all the job, it’s not possible. Only by combined efforts can we reasonably catch up with the infrastructure backlog.