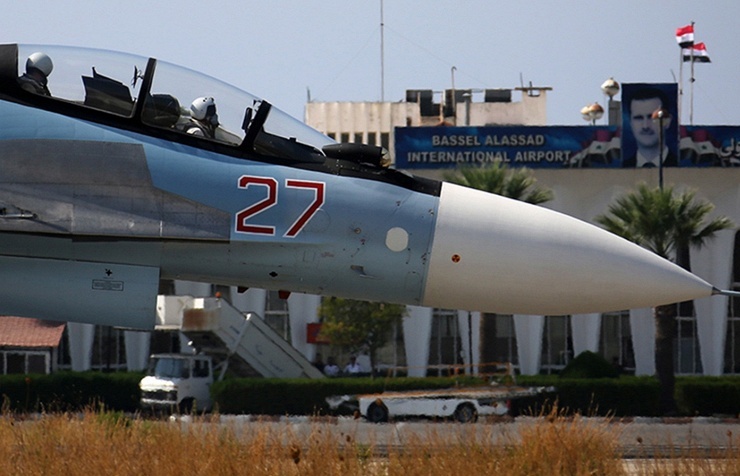 Russian President Vladimir Putin has issued an order to begin withdrawal of Russian forces from Syria starting from March 15.

“I think that the tasks set to the defense ministry are generally fulfilled. That is why I order to begin withdrawal of most of our military group from Syria starting from tomorrow,” Putin said on Monday at a meeting with Defense Minister Sergey Shoigu and Foreign Minister Sergey Lavrov.

In Putin’s words, during their operation in Syria, Russian military have demonstrated professionalism and teamwork, having performed all the set tasks.

“Besides, our military, soldiers and officers demonstrated professionalism, teamwork and ability to organize combat work far away from their territory, having no common borders with the theater of war,” he said.

During the operation in Syria, Russia managed to create even if a small, but efficient military alighment of multiple-type forces and means, the president said. “Efficient work of our military has created conditions for the start of a peace process,” the president said.

“With the participation of Russian military, Syrian troops and patriotic forces in Syria have managed to turn the tide in fight against international terrorism and take the initiative on practically all directions,” Putin stated.

Russian bases in Syria’s Tartus and Khmeimim are to continue operating in routine regime, the president went on to say.

“Our bases — the naval base in Tartus and the airbase at the Khmeimim airfield — will operate in a routine mode. They are to be safely protected from the land, from the sea and from air,” he told the defense and foreign ministers.

Those Russian servicemen who will stay in Syria will be engaged in monitoring the ceasefire regime, Putin added.

Russia’s aerospace forces launched pinpoint strikes against the Islamic State and Jabhat al-Nusra targets in Syria on September 30 after the Federation Council upper parliament house unanimously approved President Vladimir Putin’s request for the use of the armed forces against terrorists in Syria.

The Russian air group in Syria comprises more than 50 warplanes and helicopters, including Su-34 and Su-24M bombers, Su-25 attack aircraft, Su-30SM fighters and Mi-8 and Mi-24 helicopters. Air strikes have been delivered at military hardware, communications centers, transport vehicles, munitions depots and other terrorist infrastructure facilities. The military operation has been conducted at the request of Syrian President Bashar Assad.

The Russian president said he hopes the start of the withdrawal of Russian troops will become a good motivation for launching negotiations between political forces of that country and instructed the foreign minister to intensify Russia’s participation in organization of peace process in Syria.

“I hope today’s decision will be a good signal for all conflicting parties. I hope it will sizably increase trust of all participants in the process,” the president said.  “I ask the Russian Foreign Ministry to intensify Russia’s participation in organizing the peace process to solve the Syrian problem,” he added.

For his part, Lavrov told the president that the operation of the Russian Aerospace Forces had created the conditions for the political process in Syria. Russia’s top diplomat recalled that Russia had consistently advocated the establishment of the intra-Syrian dialogue.

He noted that the intra-Syrian talks had resumed in Geneva earlier on Monday. “The work is not easy, it is yet to be understood how all these groups (taking part in the talks) could gather at the same table together,” Lavrov said. “But the process has got underway, and it is in our common interests to make it sustainable and irreversible.”

According to Kremlin spokesman Dmitry Peskov, Putin has discussed and coordinated the decision on the beginning of withdrawal of Russia’s forces from Syria with Syrian counterpart Bashar Assad.

“Everything voiced at the meeting [of Putin, Foreign Minister Sergey Lavrov and Defense Minister Sergey Shoigu] was told our Syrian colleagues and coordinated with president [Bashar] Assad,” Peskov said.

The Syrian President told Vladimir Putin by telephone that he was ready to start a political process in Syria as early as possible, the Kremlin press service said.

“The Syrian leader said he was ready to start a political process in the country as soon as possible. [Putin and Assad] expressed the hope that the full-scale UN-mediated talks between the Syrian government and opposition representatives in Geneva would produce concrete results,” the Kremlin said.