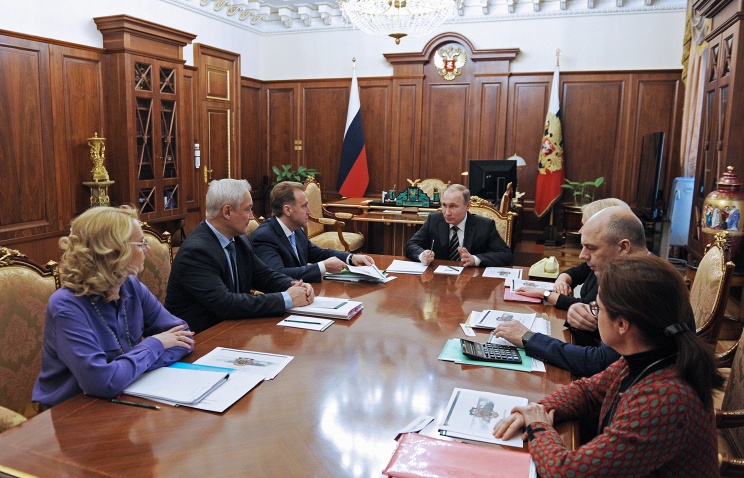 Russian President Vladimir Putin on Saturday had a working meeting with members of the Russian government’s economic block and officials from his administration to discuss a plan of support to the Russian economic in 2016, presidential press secretary Dmitry Peskov said.

“At the instruction of Prime Minister Dmitry Medvedev, top officials of the cabinet’s economic block informed the president about details of the government’s plan of action to ensure stable socio-economic development in Russia in 2016,” Peskov said.