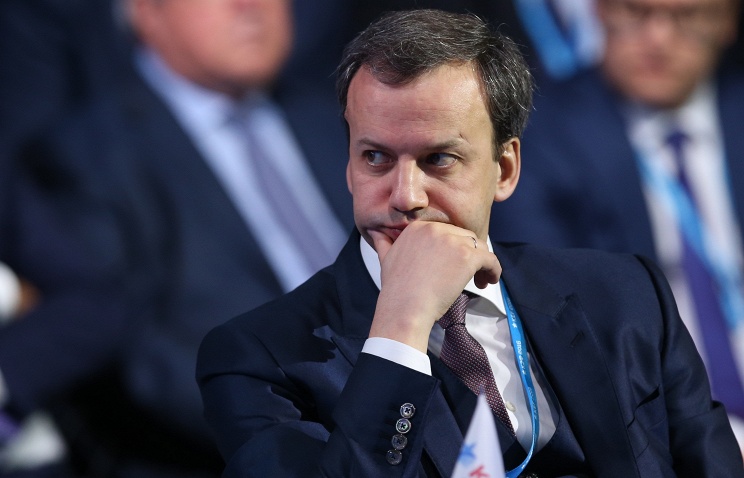 The Russian government is considering the possibility to change the country’s economy model within its economic support plan, Deputy Prime Minister Arkady Dvorkovich said in an interview aired by the Rossiya-24 TV news channel on Saturday.

“We’re reviewing our (economic) model within preparation of the anti-crisis plan,” he said.

“The policy, plans, management system should be reviewed so that they might be aimed at a different development model, not directly tied with commodities revenues. We should focus on tapping new niches on the global market using new technologies. The ruble’s low exchange rate favors it,” he said.

On February 18, the Russian government once again postponed development of the plan of economic support for 2016, with items requiring additional budget financing being discussed most of all.

Unlike the anti-crisis plan developed by the government in 2015 the plan of economic support mainly implies long-term efforts to drive economic growth instead of putting up capital in banks and enterprises.

The necessity to form the plan was urged by Russia’s economic recession due to plunging oil prices.

According to the official,  Russia’s Strategy 2030 should undergo public discussion.

“We have agreed the Strategy 2030 should be a public document, rather than a kind of a government document. It should undergo broad public discussion and should be if not a consensus of opinion, then indeed be perceived positively by an overwhelming part of the society,” the official said.

“The need to prepare a new development program, particularly in school education” was the main topic in follow-up of two days of the Krasnoyarsk Economic Forum, Dvorkovich said.

“We are losing the quality at the level of secondary education and senior school,” the official said. Changes in the educational system “will take several years,” he added.

The official also dwelled on the prospects of the global energy market saying oil prices of $60-70 per barrel are reasonable.

“As for the current period, it is reasonable to consider a range of $60-70 per barrel, but it is achievable only in the new cycle of global economic growth and after the investment in the oil sector stabilizes at a new equilibrium level,” Deputy Prime Minister said.

“Price of more than $100 per barrel is too much for the current stage of global development,” Deputy Prime Minister said, adding that at some periods prices may vary “in a fairly wide range – from $20 to same $100 per barrel.”

At the same time, he noted that “extraordinarily high oil prices” also create risks for the economy.

Opportunities for regions to replenish their budgets need to be broadened instead of transferring funds from the federal treasury to regional budgets within the economic decentralization framework, Arkady Dvorkovich noted.

“Decentralization is what should be done at present in fundamental terms. There must be no illusions we will be able to do that by transferring resources to, for example, regions or municipalities. We can provide them with an opportunity to earn money. Regions may set new taxes or earn revenues in other ways by developing their economies,” the official said.

The Russian Government initially had an idea of transferring funds for development of the agriculture in subsidies format but the businessmen were against that. “The business asks not to do so but to initially complete programs we set out until 2020. Then resources can be transferred and the agriculture will develop in a less centralized fashion after reaching certain deliverables,” Dvorkovich added.