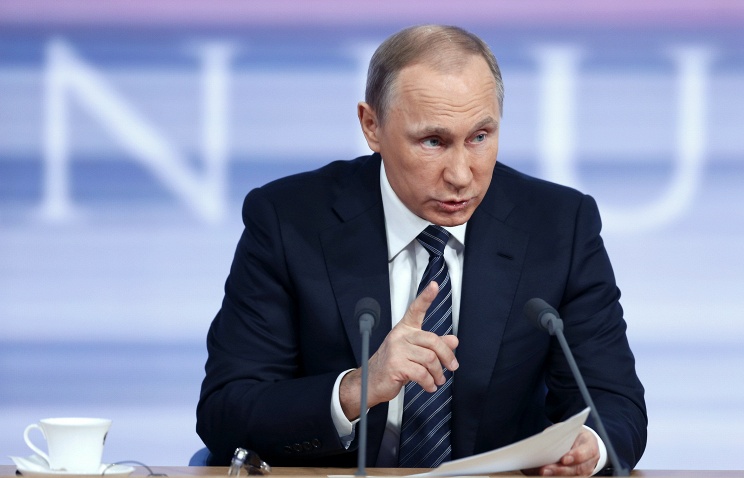 Russian President has admitted the necessity to review 2016 federal budget due to decreasing energy prices.

“Most likely we’ll be forced to review something here (in 2016 federal budget parameters) as well,” he said at the annual press conference on Thursday. However, the president stressed that the Russian government would not be hasty in budget revision, getting prepared to any course of events.

Putin believes the oil prices outlook of $50 a barrel in 2016 is too optimistic.

“We calculated the budget of the next year on the basis of that figure,” the official said. “This is a very optimistic assessment to date – $50 a barrel,” Putin added.

The president has also noted that the peak of crisis in the Russian economy has passed.

“Statistics show that the Russian economy as a whole has passed the peak of the crisis,” he said, noting that since the Q2 of this year, “there are signs of stabilization in economic activity.”

According to him, the Russian government expects 0.7% economic growth in 2016.

The president noted that budget deficit at 2.8-2.9% of GDP is a satisfactory indicator.

“The expected level of budget deficit in the end of this year is 2.8 – 2.9% of GDP. This is a quite satisfactory indicator for the current economic situation, more than satisfactory,” – the head of the state said.

Putin said the unemployment  rate at around 5.6% is the result of positive government work.

According to Putin the labor market is stable. “The unemployment rate is at around 5.6%. If we look back at 2008, we will understand that this is the result of solid government work,” the president said.

The president estimated the government’s activity as satisfactory, but believes it could work better. Putin noted that no major reshuffling is expected in Russia’s government.