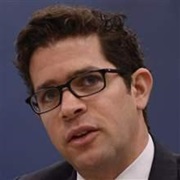 (Dr. Joshua Meltzer is a fellow in Global Economy and Development at the Brookings Institution and an adjunct professor at the Johns Hopkins School for Advanced International Studies. Dr. Meltzer is also a reviewer for the Journal of Politics and Law. His work focuses on international trade law and policy issues relating to the World Trade Organization (WTO) and Free Trade Agreements.) 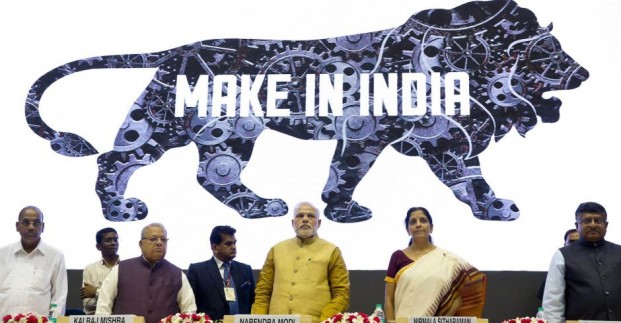 In order to achieve its goals of growing India’s manufacturing sector, integrating into global value chains, and expanding exports, the Modi government must develop a more active and forward looking trade policy, keeping in mind the changes in India’s external trading environment.

There were high expectations that the election of Prime Minister Modi would see renewed action to reform India’s economy after years of drift under Prime Minister Singh. Shortly after being elected, Modi outlined his vision for India. A key element has been his Make in India initiative aimed at growing the country’s manufacturing sector. This will provide employment for India’s large unskilled labor. According to a McKinsey report, India needs to create 115 million new non-farm jobs by 2022.[i]

India’s integration into global value chains has been trending up – from only 11 percent foreign value add in 1995 to 22 percent in 2011 – but still lags behind other developing countries including China, Malaysia, and Vietnam.[ii]

The importance of global value chains as a driver of trade is clear from the experience of other countries in Asia. Taiwan and South Korea’s export led growth in manufactured goods relied on foreign investment and participation in global value chains.[iii] More recently, China became the world’s largest exporter largely due to its ability to attract foreign investors who imported inputs for final assembly in China.

Expanding India’s manufacturing base cannot rely only on the domestic market as a final source of demand, particularly if India wishes to achieve annual growth rates of 9-10 percent.[iv] As a result, finding exports markets for India-manufactured goods will be key.[v] In this context, Modi also wants to raise India’s share of global exports from 2 percent to 3.5 percent.[vi] This will require increasing India’s exports from $466 billion in 2014 to almost $900 billion by 2020.

In order for the government to achieve these goals of growing India’s manufacturing sector, integrating into global value chains, and expanding exports, it must develop a more active and forward looking trade policy. This is particularly important as India’s external trading environment is changing rapidly, often to the detriment of Indian businesses.

Most significant for India is the erosion of most-favored-nation treatment under the World Trade Organization. This has been underway as free trade agreements (FTAs) have proliferated, but it will become particularly pronounced upon completion of three large regional FTAs that do not include India – the Trans-Pacific Partnership (TPP) agreement, the Trade in Services Agreement (TiSA) and the EU-U.S. Transatlantic Trade and Investment Partnership (TTIP) agreement.

The Trans-Pacific Partnership (TPP) covers 40 percent of gross domestic product (GDP) and one-third of world trade. It includes India’s most important export destination – the United States – and other large developed country markets such as Japan, Canada and Australia. The TPP includes nations in South East Asia that are also growing their manufacturing sector and whose businesses will gain preferential access to these developed country markets.

The TPP will cause trade to divert away from India at a cost of $2.7 billion per year.[vii] This cost will grow as more countries join the TPP. For instance, adding Korea – which has made clear its interest in joining – could increase the cost to India to $3.8 billion annually.[viii] Should China join the TPP while India remains outside the agreement, this could reduce India’s GDP by almost $6.8 billion annually.[ix]

These costs are also likely to be significantly larger due to the impact the TPP will have on global value chains and the ability of Indian businesses to participate in them. The TPP’s new rules on standards, rules of origin, investment, and intellectual property rights are going to be applied along supply chains, requiring Indian businesses to adjust production if they wish to participate. For example, the TPP parties will require business to follow ILO principles and conventions. There will also be greater mutual recognition of TPP party standards which will avoid the need for products produced in one TPP party to be tested again on the importing country. TPP party governments will help their industry upgrade to meet these standards. In the absence of similar action by the Indian government, Indian businesses will find it increasingly costly to participate in global supply chains involving TPP countries.

The TTIP will build on the TPP, and establish new rules for goods and services exports that business will need to meet in order to access the US and EU markets. While only a bilateral FTA, the size of the US and EU markets at over 50 percent of global GDP will turn a lot of the TTIP rules into de facto global standards. This is particularly the case as TTIP rules are applied along global supply chains. This means that Indian business selling into supply chains whose final destination is the US or the EU are likely going to have to meet TTIP standards.

The Trade in Services Agreement

The Trade in Services Agreement (TiSA) is another large FTA that aims to liberalize services trade amongst 23 countries (including the EU). India’s services sector employs skilled labor and India has a service trade surplus, with services exports close to 8 percent of GDP.

India’s absence from TiSA will create a competitive challenge for its services sector. For one, it will give other TiSA participants preferential access to India’s two largest services export destinations, the US and the EU.

In addition, China wants to join TiSA as it seeks to grow its services economy. China could start competing with Indian services providers and being a party to TiSA would give Chinese services a competitive advantage over Indian services in all TiSA markets.

The RCEP is the only major regional FTA in which India is participating. In addition to India, it includes ASEAN, China, Japan, South Korea, Australia, and New Zealand. This agreement will be of a lower level of ambition than these other large FTAs and is still a number of years away from completion. Moreover, the absence of the US and the EU from this agreement will limit the benefits to India.

During the period that Modi and his government aim to grow India manufacturing sector and almost double exports, India’s major export destinations are going to become a party to trade agreements that will offer preferential market access to competing business from other countries. These agreements are going to erode the competitiveness of India’s exports.

In addition, these trade agreements will create an incentive for Indian and foreign businesses to invest not in India but in TPP and TiSA markets in order to claim the benefits of these agreements. This is contrary to India’s need for investment to grow its manufacturing and services sectors.

India should take the following steps to address these challenges. First, it needs to assess what the new rules will be in the TPP in particular, but also in TiSA and TTIP, identify gaps with India’s current laws and start a process of upgrading its laws and regulations. This should include helping industry understand what these agreements mean and how to adapt.

Second, India needs a more proactive trade policy that is calibrated to both supporting Modi’s aim of growing its manufacturing sector and ensuring that its services sector can grow and its exports remain competitive. As a starting point, India needs to rebuild its credibility as a country that can conclude high standard trade agreements. This will take some time and can best be done with concrete steps. For instance, India could use its bilateral relationship with key countries, in particular the U.S., to make progress on discrete economic and trade issues.

The Modi government understands the economic reforms India needs but it has yet to fully grasp the rapidly changing external environment, and how this will affect its export growth plans and by extension, achievement of its key domestic goals. Mr. Modi needs a new forward looking trade policy that addresses these challenges.