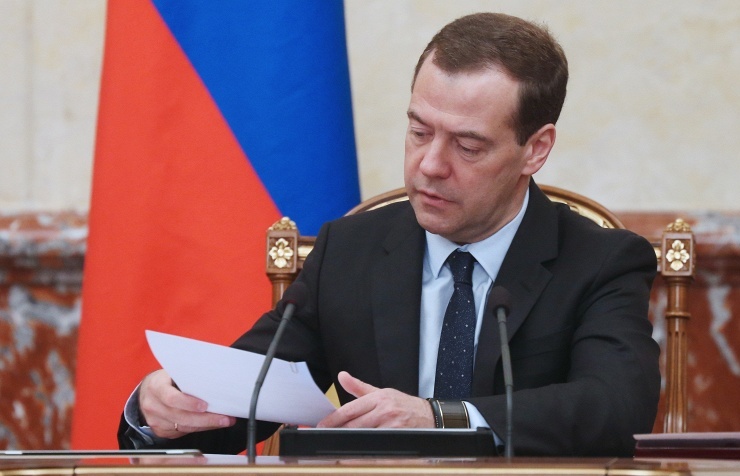 Russian Prime Minister Dmitry Medvedev is going to hold the first regular meeting of Vnesheconombank’s Supervisory Board after the change of the state corporation’s management. The Supervisory Board could review the draft financial plan for 2016, as well as proposals for selling non-core assets.

The new Head of VEB Sergei Gorkov is expected to present basic proposals for recovery of the state from the crisis. Losses of VEB group in 2014 under the International Financial Reporting Standards (IFRS) amounted to 250 bln rubles ($3.6 bln), in the first half of 2015 – 73.5 bln rubles ($1.07 bln). The volume of financial assistance, which VEB requested from the state under the old management, reached 1.2 trillion rubles ($17.47 bln).

Draft financial plan of VEB for 2016, which will be discussed at the meeting, includes receiving 150 bln rubles ($2.2 bln) from the state in Q1-Q3 of this year. This amount, as proposed, should be sent to VEB in equal tranches of 50 bln rubles ($728.03 mln). “In preparation of the draft financial plan for this year, VEB tried to minimize the amount of the state support funds,” a source familiar with the agenda of the meeting told TASS.

According to the source, it is expected that a series of measures to improve the internal efficiency of the business, as well as proposals for the sale of non-core assets of the state corporation will be presented at the meeting.

VEB Deputy Chairman Sergey Vasiliev told TASS earlier, that the issue of converting short-term loans of the Central Bank in the amount of about 500 bln rubles ($7.28 bln) to a long subordinated debt will be discussed at the meeting on March 29; as well as funding from the National Wealth Fund of the Transmashholding project for delivering cars to the Moscow Metro. According to him, the new strategy of the state corporation’s development will not be reviewed at this meeting.

In addition, it was reported earlier that VEB could transfer or sell its Svyaz-Bank and Globex banks that were undergoing financial recovery during the crisis period.

At the end of February 2016, Russian President Vladimir Putin appointed Sergei Gorkov to the office of the Chief Executive of VEB by his decree. Ex-chief executive Vladimir Dmitriev, who led the VEB for the past 12 years, was relieved from his position by the decree of the Russian President.