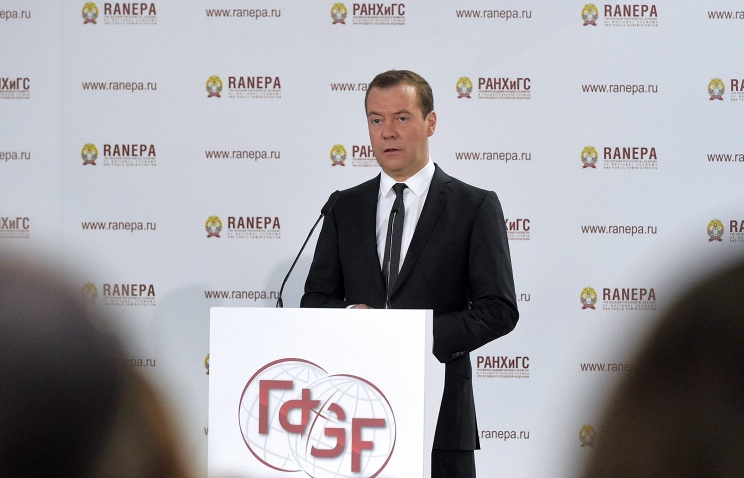 Russian Prime Minister Dmitry Medvedev is confident that the Russian economy is stable even in conditions of the Western sanctions.

“Russia’s economy has shown that its market mechanisms are rather stable. Even in conditions when our Western partners act against it by non-market political methods,” Medvedev told the Gaidar Economic Forum.

The prime minister said some branches of Russia’s economy have even increased efficiency. “Now the conditions for the country’s re-industrialization have been improved. Russia no more suffers from ‘the Dutch disease’ when the extremely strong national currency makes the goods of its own industry non-competitive.”

“Russia’s metals companies have become the leaders for the production costs, one of the lowest in the world. Agriculture and chemical industry, and also machine-building complex show stable growth,” he said.

The prime minister also said that Russia will focus on competitive companies and will not support those enterprises that will never become competitive. “Import replacement can lead to growth in prosperity only if the goods and services are competitive at the global level.”