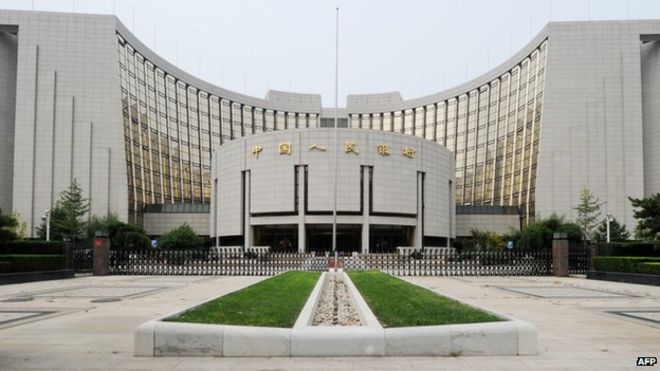 China’s central bank has forecast the country’s economy will grow by 6.8 per cent next year, as the effect of stimulus measures and fiscal reforms offsets the mounting problems of debt and overcapacity, according to a working paper released late on Wednesday.

The optimistic forecast, a touch lower than the 6.9 per cent annual growth rate reported in the third quarter of 2015, comes despite wide scepticism of China’s gross domestic product numbers as indicators such as power consumption and coal consumption imply a much weaker economic performance.

The size of China’s economy means deceleration of growth is to be expected. But economists worry that China is suffering a hangover from a massive state-backed and debt-fuelled stimulus that accelerated growth in the wake of the global financial crisis of 2008.

“China’s pro-growth measures will start to show a stronger effect in the fourth quarter of 2015 or the first half of 2016,” the paper said, noting that the People’s Bank of China’s models show fiscal and monetary policies feeding through to the real economy after five to nine months.

However, the central bank said industrial overcapacity and rising non-performing loans would drag on the economy.

Many economists doubt China’s slowdown will be as gradual as the PBoC’s projections suggest.

“That growth forecast looks pretty high to us,” said Andrew Batson, economist at Gavekal Dragonomics in Beijing. “ I think even 6.5 per cent would be a stretch, frankly.”

Financial services and home sales were both stronger in the first half of the year when the stock market boomed. It has suffered a series of crashes since May.

Chinese policymakers are increasingly talking about “supply-side reform” — meaning, principally, the reorganisation of the bloated and lossmaking state sector to help reduce overcapacity and improve returns. China has recorded 44 months of unbroken declines in its producer price index, thanks to falling commodity and energy prices and the effect of overcapacity on industry profits.

In practice, that has so far meant Beijing-orchestrated mergers of large state groupsbut fewer steps to close lossmaking entities, which would entail job losses and an increase in the number of non-performing loans.

Local debt collapses threaten not only the economy but also political stability, since defaults hit the urban middle-class investors who are a reservoir of support for the ruling Communist party.

Last week dozens of investors congregated at the offices of the Hebei provincial government in Beijing to press it to make good on guarantees issued by a provincial financial firm in support of Hebei companies that have defaulted.