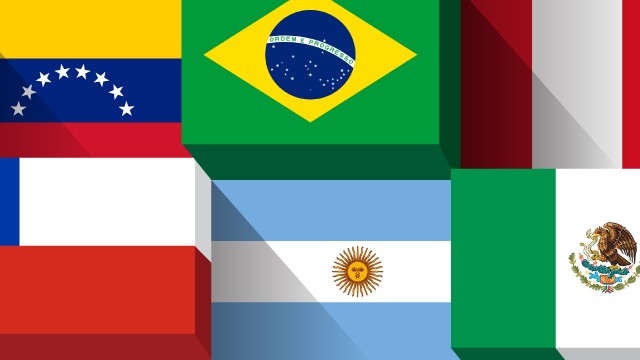 So far the US Fed rate hike has had little or no impact on Latin American economies as it had been factored in long ago by the region.

December’s rate hike is, however, the first in a series of increases expected by the end of next year to normalize the US benchmark rate and which will certainly impact emerging markets, especially those in Latin America.

Many economies worldwide and in particular those in Latin America have macroeconomic environments that are very different from that of the US, which is enjoying low inflation and moderate growth.

This could lead to uncertain consequences in terms of divergences in monetary policies.

“As US monetary policy follows the path of interest-rate normalization, there could well be knock-on effects, both economic and financial, especially in the form of currency volatility and destabilizing outflows from emerging economies,” said Nobel laureate Michael Spence in the economic news blog Project Syndicate.

Spence highlighted how even relatively modest policy shifts can “trigger outsize market reactions” and how emerging economies have become dependent on low interest rates and high commodity prices, making them vulnerable to capital outflows which could translate into “tightened credit, balance-of-payments difficulties, inflation, rising interest rates, fiscal stress, and downgrades by the major credit rating agencies – all of which implies more capital flight.”

The UN’s regional economic commission Eclac, in a report titled Preliminary Overview of the Economies of Latin America and the Caribbean 2015, projects overall GDP growth in Latin America of only 0.2% in 2016.

It also forecasts that some sub-regions will fare better than others. Central America is projected to grow at a healthy 4.3% with Panama leading the way with 6.2%, while South America could experience a contraction of 0.8%, dragged down by Brazil and Venezuela with drops of 2.0% and 7.0%, respectively.

Countries Most at Risk

Brazil, the largest economy in the region, Venezuela and Argentina stand out as the most vulnerable as they are undergoing deep macroeconomic adjustments in a scenario of high inflation, steep drops in commodity revenues and economic contraction.

In Brazil, adjustment measures have proven so far ineffective as the economic outlook has consistently worsened. Inflation is now expected to exceed 10% in 2015, a 12-year high, and GDP is forecast to contract again in 2016 (by 2.8%).

Brazil’s central bank benchmark rate, the Selic, is currently at 14.25% and expected to be hiked to 14.75%, giving monetary policymakers little room for further increases without deepening the economic depression.

In addition, the recent replacement of finance minister Joaquim Levy by planning minister Nelson Barbosa has brought more uncertainties to the markets as his commitment to the adjustment plan – Barbosa is closer than Levy to the ruling Workers’ Party – has been questioned.

Argentina, with a change in command that could signal a scrapping of many economic policies adopted by the Kirchner-Fernández administrations, faces nonetheless tough challenges similar to those of Brazil, particularly with inflation surpassing 10% and falling commodities prices.

The administration of newly elected Mauricio Macri wasted no time and freed FX controls less than a week after taking office, and has so far avoided passing on the effects of the resulting devaluation of the peso to prices. Topping the agenda for Macri in 2016 will be the crucial negotiation with the holdout funds to regain access to international financial markets and recovering the level of foreign currency reserves in the central bank.

Actions necessary to control inflation sparked by the peso devaluation have led some analysts to project an economic contraction during 2016.

Venezuela, after the turbulent legislative elections of December 6, faces more uncertainties than any other country in Latin America: its economy is projected to contract in 2016 for the third consecutive year with GDP falling 7.0%, inflation exceeding 200% and unemployment reaching 18%.

It is hard to imagine how, even with a change in the political landscape brought about by the legislative elections, 2016 could bring any sort of economic turnaround.

Chile, even if it enjoys a more stable economic outlook than Brazil and Argentina, has seen the price of copper drop by almost 26% in 2015 and has adjusted downward its projection for GDP growth in 2016, currently in the range 2-3%.

The country’s economy also faces persistent inflationary forces that have led the central bank to raise its benchmark rate for two months in a row.

The monetary authority, after the recent 25bps hike to its benchmark rate, expects inflation forces to pick up in 2016 only to converge to the target in 2017. The bank explained that “overall, the revision to GDP growth is largely explained by the worsening of the external scenario relevant for Chile.”