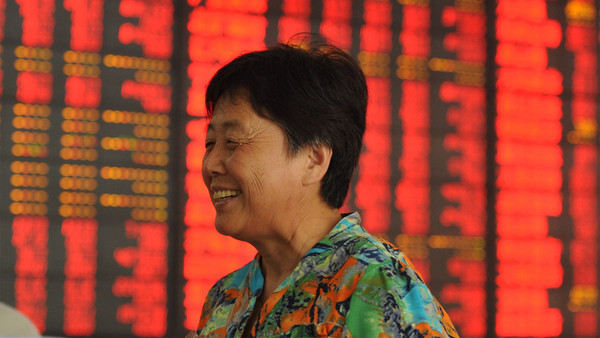 We’ve told Sid, sought average Joes from Bloggs to Sixpack, and followed the investing adventures of Mrs Watanabe around the world. Archetypal retail investors serve the same purpose for market observers as pollsters’ voter stereotypes for politicians. So meet Mrs Wong, China’s contribution to the genre and the force behind its stock-market gyrations.

This has been the year when the wild swings of Shanghai and Shenzhen became too significant for any investor, anywhere, to ignore. With the biggest index providers laying out their approaches to including mainland stocks in the coming years, international investors have to start paying attention to Mrs Wong now, whether they like her investing style or not.

Even after the summer turmoil when Shanghai and Shenzhen lost a combined 45 per cent of their capitalisation over three months, the two together still represent the second biggest market in the world, worth half as much again as Tokyo, the number three bourse. Mrs Wong and her friends are responsible for about 80 per cent of China’s daily trading, although holding roughly only a quarter in capitalisation terms. Just 2 per cent of the overall market is held by foreigners.

Charles Li, head of the Hong Kong Stock Exchange and a former China investment banker, offered a description of the Chinese retail trader at an industry conference earlier this month.

“You can be Mrs Wong, selling vegetables in the morning, and when the market opens you can go into a room and sit down and do your trades just like a Goldman Sachs guy trading on Wall Street,” he said

Across much of the world it is common, over time, for retail investors to leave the market by entrusting more and more of their money to professionals. Mr Li does not see that change coming any time soon.

“Its not possible to put that back in the bottle. They are used to doing it themselves and it is hard to sell them institutional products,” he says.

He has reason to know: retail investors still account for about 20 per cent of Hong Kong’s trading volume, compared with 2 per cent in New York, and can be as sentiment-driven as Mrs Wong, aided like her by trading platforms and smartphone apps.

If Mrs Wong is not going to cede ground gracefully, international investors are going to have to come to terms with her style. Staring in disbelief at screens of stocks that trade limit-up for days on end and hover at ridiculous valuations will not help investors faced with the gradual opening up of the markets.

MSCI signalled this year it could include mainland stocks in some form from 2017 while rival FTSE Russell offered two new emerging markets indices with a 5 per cent weighting of mainland listings, from zero previously.

“Most clients still aren’t ready for the whiplash of mainland markets,” says one senior Hong Kong broker. “They still find it hard to figure out a market based on momentum, not valuation.”

Underlining the need to get to grips with mainland stocks is the fact that targets for A-share indices are hard to come by from international banks. Most instead focus on indices such as the MSCI China, which is based on H-shares and other Chinese listings outside the mainland.

Some A-share analysts have begun to focus on valuations based on discounted cash flows rather than on price-earnings ratios. The rationale is that in a momentum-driven market, the only way to find value is to take a long-term view on the underlying business. All sectors, except financials and energy, are still trading above 20 times p/e.

The general expectation is for some earnings growth in China next year, helped by added liquidity from rate cuts and other monetary easing. But few are more optimistic that mid-single digit improvement and overall index performance is likely to be held back by concerns about the broader economic slowdown.

None of this is likely to excite, or even particularly interest Mrs Wong, focused as she is on hot tips and short-term pops. But at some point international money will join Mrs Wong and that date is moving closer.

“When Mrs Wong meets Blackrock, there will be some sparks,” warns Mr Li. “Its about Chinese liquidity meeting international liquidity.”

Investors do not need to move wholesale into the mainland, but it will pay them to start looking a little more closely now.