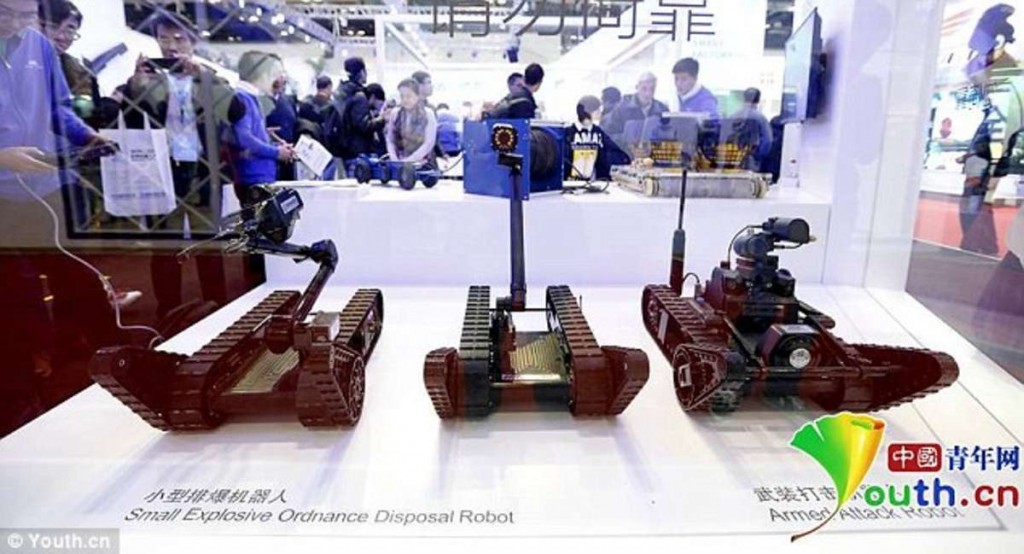 Harbin Institute of Technology (HIT) Robot Group’s three robots are displayed here, left to right are the EOD, recon and combat robots. The robot’s chassis have two pairs of tracks; the smaller forward pair helps them go over obstacles like steps.

Just in time for the holiday wishlists, China is now selling a team of robots for urban combat. Unveiled at the Beijing 2015 World Robot Conference, HIT Robot Group’s it consists of three robots. There is an armed variant with an assault rifle, grenade, or an option for a recoilless rifle for heavier firepower, a recon variant equipped with NBC detectors, and finally, the explosive ordnance disposal (EOD) robot designed to dispose of explosives and other hazards. Running on a 10-12kg tracked chassis, HIT Robot Group literature specifically mentions that the recon variant can be carried in a soldiers’ backpack, while the other 2 variants would likely not due to the size of the weapons mounted. The systems are remotely operated, akin to the controls of US systems like the Packbot or SWORDS. 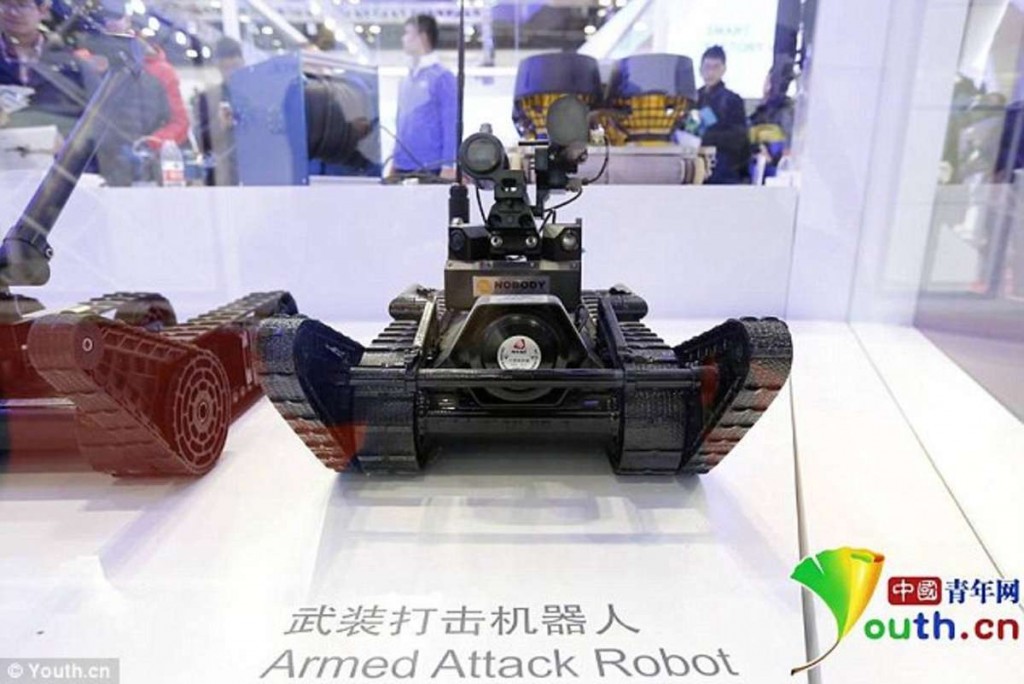 Individually, there is battlefield value of these robots both in civilian SWAT and counterterrorism missions, as well as for military operations, with even greater value of them as a team, becoming a force multiplier for units like infantry and combat engineers. 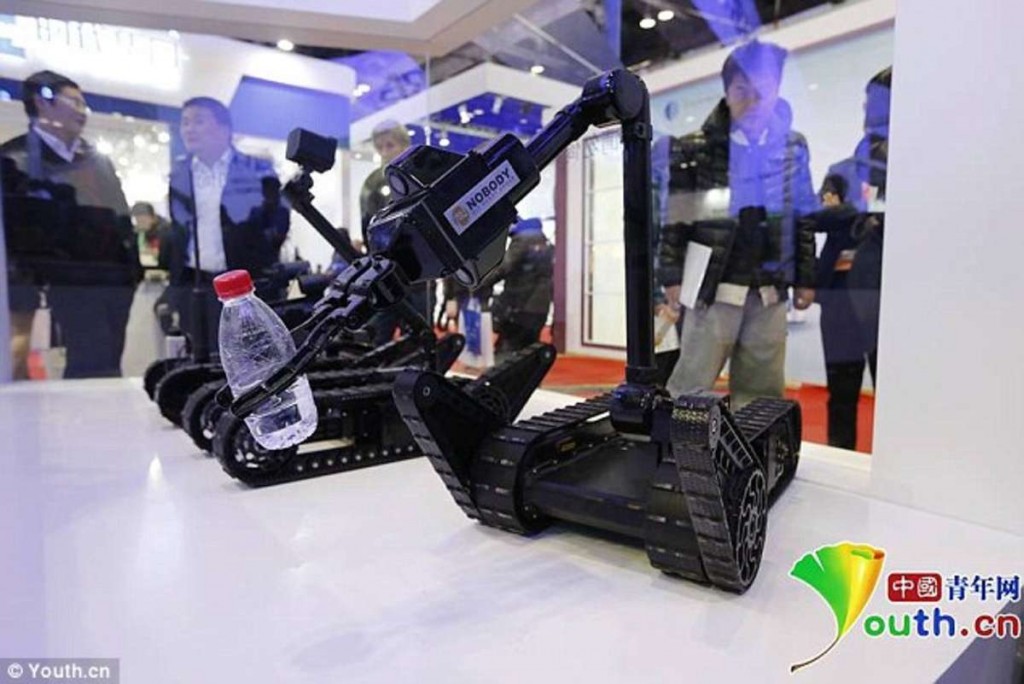 As part of a team, the EOD robot uses its manipulator arm to disarm explosives (remotely operated with the arm mounted camera). As part of a team, it works alongside the other two robots; the recon robots finds the bombs, and the armed robot fights off intruders.

Cheng Deqiang, sales manager for HIT Robot Group, mentioned that a set of three robots costs roughly 1.5 million yuan (slight less than $230,000 USD). The Beijing police department is already a customer of these robots, with other Chinese police departments likely to follow suit, as may foreign customers. Along with the Low Altitude Guard combat laser, the debut of HIT Robot Group’s fighting robot trio is also a good illustration of how China’s defense marketplace is not just about the major Chinese arms manufacturers, but also includes many smaller defense contractors openly promote novel defense solutions for the future.