Moscow Hosts Meeting of the BRICS Senior Officials on Education 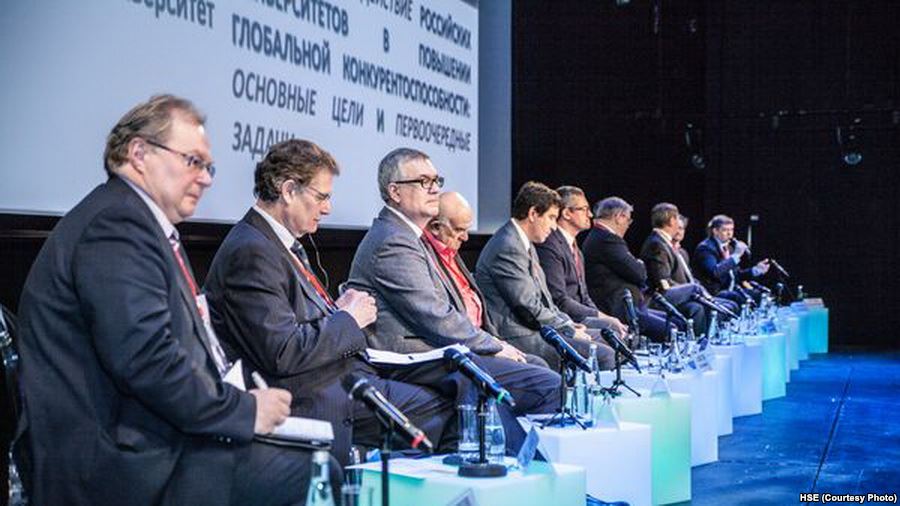 Opening the meeting, Russia’s Deputy Minister of Science and Education Aleksandr Klimov said that BRICS economic projects directly depended on human-resource development, and that expanded cooperation in education was essential to this.

Currently, all BRICS universities are looking to be evaluated by international rankings surveys and to become involved in joint research and innovation projects, Mr Klimov said.

“This year, as the Russian Federation presides over BRICS, we are focusing on this area of cooperation. We’ve drafted founding documents for the BRICS Network University, and we’ve prepared them for signing. We’re suggesting an entire chain of high-priority research centres at BRICS universities,” he noted.

Experts from the Russian Ministry of Education and Science also talked about a final document to set forth guidelines and parametres for the Network University.
While discussing the document’s text, the delegates made some amendments and also coordinated a plan to launch Network University programmes in January 2017.

Apart from establishing the Network University, meeting participants discussed the creation of a chain of high-priority science and technological research centres, and issues related to harmonising the quality of higher education and the development of professional education.

They also discussed efforts to create a joint methodology for compiling statistical data and evaluating education system development levels based on international statistical standards including ISCED 2011. And they suggested appointing permanent official BRICS representatives for these issues.

In conclusion, the delegates approved the draft Moscow declaration and memorandum and put together a package of recommendations for the BRICS Education Ministers, who are to meet on 18 November.