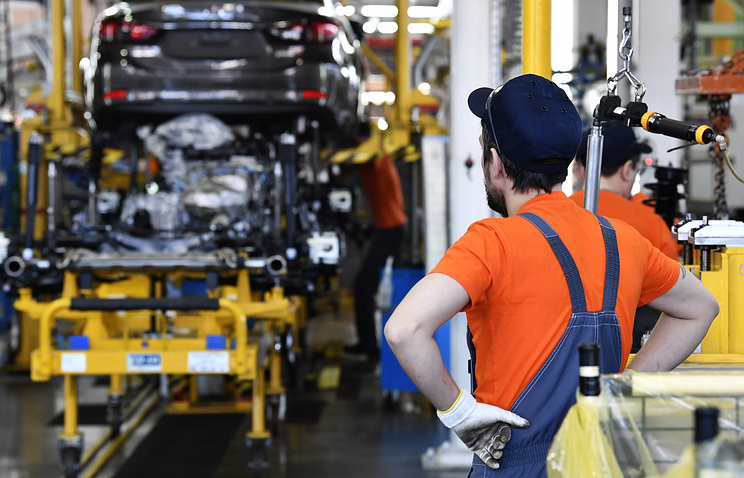 “We are now preparing, under your instruction, proposals for improving the tax system,” he told President Vladimir Putin at a meeting of the Council for Strategic Development and Priority Projects.

“These proposals will include measures aimed at increasing labor productivity on enterprises,” he said.

Putin said “in general, in terms of indicators in this area (labor productivity), Russia is more than twice inferior to efficient economies, and thanks to the powerful technological progress that is currently developing in the world, this gap may seriously increase if we do not respond to it in time.”

Putin called the increase in labor productivity “a key issue of the economic development.”

“Although, the figures for 2015 and 2016 are much more modest,” the President admitted.

The head of state also cited data provided by the Organization for Economic Cooperation and Development (OECD).

“We need to boost the productivity of labor, annually by at least 5-6%,” Putin said.

According to him, behind these figures there are “growth in efficiency of the economy and enterprises, the creation of modern jobs and decent wages.”

“Together with the regions, enterprises, and businesses, we must build a sound working system to support employment and labor mobility,” the president said.

Vladimir Putin said when nonperforming jobs are closed, the same number of new ones should be opened.

“The approach should be one-for-all: if an old nonperforming job is slashed, it means a new one must be established either on opened modern enterprises or in small business,” the head of state said at a meeting of the Council for Strategic Development and Priority Projects. “Small business is of particular importance in this regard,” Putin said.

“An opportunity should be provided to each individual to have a new job or open his business, undergo advance training or master a different trade. Therefore it is fundamentally important that the labor productivity improvement program should be implemented in close coordination with measures on human resources training and entrepreneurship development,” the Russian President said.

The regulatory base should be revised, Putin said. It is necessary “to eliminate excessive barriers preventing development of the modern labor market, create additional incentives for companies to improve performance, implement technology upgrading, and create new jobs,” the President said.