Moscow Authorities Forecast up to 18 Million Tourists in 2017 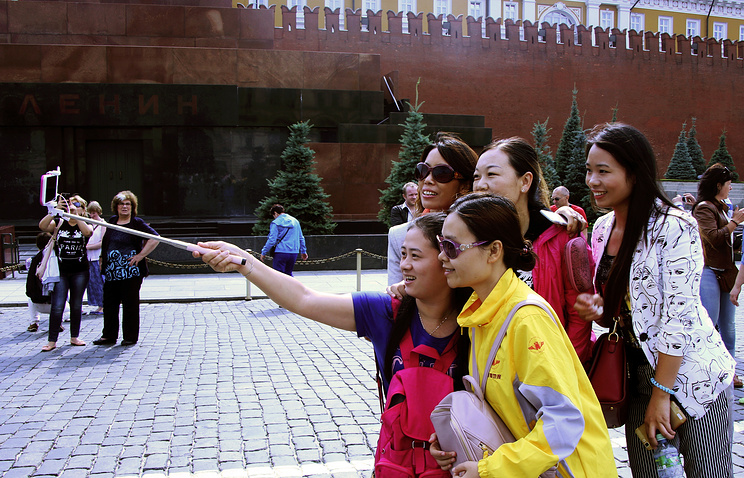 The number of tourists visiting Moscow this year may exceed 18 million, deputy head of the Moscow’s department for sports and tourism Konstantin Goryainov told Tass on Tuesday.

“We will definitely see a growth (in tourist numbers) in 2017,” he said. “About 17.5 million tourists visited Moscow in 2016, and I believe this year we will see more than 18 million,” Goryainov said.

In earlier remarks, the head of the department for sports and tourism, Nikolai Gulyayev, said Moscow has seen a 40-percent upsurge in the number of tourists in the past six years.

He said residents of Russian regions account for 74% of a total number of tourists visiting Moscow. The share of foreigners is more modest, 26%, with tourists from China, Germany, Turkey, Israel, France, Italy, the US, the UK and Spain leading among them.

The Russian capital is preparing to welcome more tourists from China this year marking the 100th anniversary of the October Revolution, according to Goryainov.

“This year more tourists are expected from China on occasion of the 100th anniversary of the Revolution. This is very important for them, they go on a special ‘red’ route and Moscow is among four cities that are linked with this route,” the official said.

“If last year some 500,000 Chinese citizens visited Moscow, this time their number will grow,” Goryainov said.

Moscow’s authorities expect that the total number of tourists visiting the capital will exceed 18 mln in 2017. Next year, this number will reach 20 mln. Last year, some 17.5 mln tourists came to Moscow.

Chinese citizens have become one of the largest groups of tourists visiting Russia.