MOSCOW: India and Russia are set to sign a landmark deal to jointly manufacture new generation of light military choppers under the Make in India initiative during Prime Minister Narendra Modi’s visit to Moscow later this month. 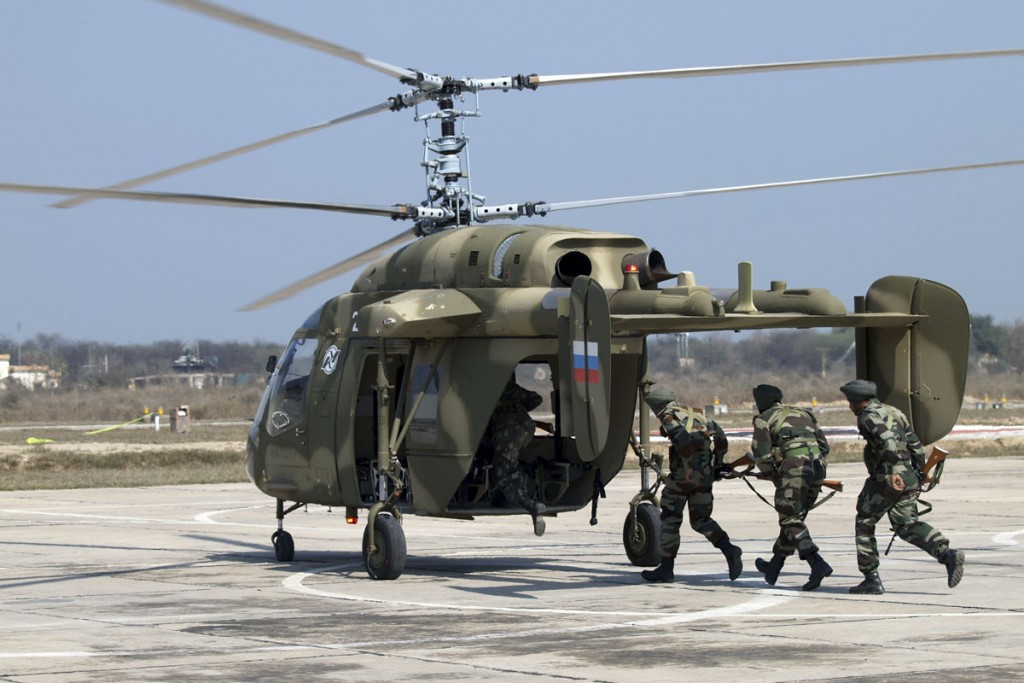 While the inter governmental contract for producing over 200 of the Kamov 226 choppers will be inked, a top Russian official has said that other details, including the selection of the Indian partner for the $ 1 billion deal will be decided later.

“We have been discussing the production of the Ka 226 in India for a long time and we hope that during the visit of the Indian Prime Minister we will sign the agreement. Russian Helicopters and its subsidiaries and component manufacturers are ready to supply kits for its assembly in India as well as to localize production,” Deputy Minister Andrey Boginskiy of the Russian Ministry of Industry and Trade told Economic Times.

The official said that a second level agreement would be signed between Russian Helicopters and the Indian partner at a later date. However, he said that it was up to India to choose who would manufacture the chopper under the Make in India plan.

“We are ready to work with any partner chosen by the Indian side. The main thing is that it should be financially and technically capable of taking on such a large project,” Boginskiy said. As reported by Economic Times earlier, the Russian side had already sent two letters to India, saying that it ready to partner with both Hindustan Aeronautics Limited ( HAL) and Anil Ambani owned Reliance Defence for the contract.

The initial choppers will be produced from Russian supplied kits but would be progressively indigenized. The Russian official said that France, which supplies the engines for the chopper, is already on board for technology transfer as well.

“This helicopter uses French engines and we have had talks with them and they are ready to sell, service and repair and carry out the whole cycle of work in India for the project,” the official said.

The light choppers are desperately needed by the Army to replace its fleet of ageing Cheetah/Chetak helicopters that are deployed to support troops posted at high altitude areas, including the Siachen glacier. While the initial contract would be for 200 choppers, the number is expected to swell much beyond due to the massive demand as well as applications for the civil market.