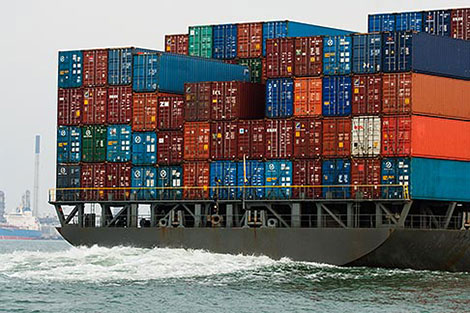 The strong growth has been boosted by China’s exports to the city.

Trade value between the Special Administrative Region and the Mainland soared 32 per cent year-on-year for the first ten months of the year, driven by the significant increase in the country’s exports to the city despite the reverse trade posting a decrease, the latest data released by the Chinese Ministry of Commerce reveals.

As at the end of October, trade activities between the two parties generated some US$3.95 billion (MOP31.6 billion). Of the total, US$3.79 billion, or nearly 96 per cent, was accounted for by China’s exports to the city, which surged 34.6 per cent compared to the same period last year. However, the city’s exports to the country dropped 10 per cent year-on-year, totalling some US$160 million.

In October alone, trade value between the two parties registered a year-on-year increase of 12.6 per cent, amounting to US$390 million. Nevertheless, on a month-on-month comparison, the amount represents a decrease of 17.1 per cent from September.

During October, China approved 23 investment projects by Macau firms, down by 4.2 per cent from the previous month. The actual capital used for these projects soared 114 per cent month-on-month to some US$90 million.

For the first ten months of the year, 329 local investment projects were given the green light by the Chinese authorities, growing 11.2 per cent year-on-year. Meanwhile, total actual capital used for these projects registered an 80.4 per cent increase year-on-year to US$850 million.

Cumulatively, a total of 14,161 local investment projects were approved in the Mainland, injecting some US$12.75 billion of capital into the country. The amount, however, only accounted for 0.8 per cent of the total foreign investment that the Mainland attracted.

On the other hand, Mainland firms were contracted a total of 33 projects in Macau for the first ten months of this year, the sales of which totalled US$950 million. As at the end of October, some 119,137 Chinese labourers were working in the territory, the Ministry said.