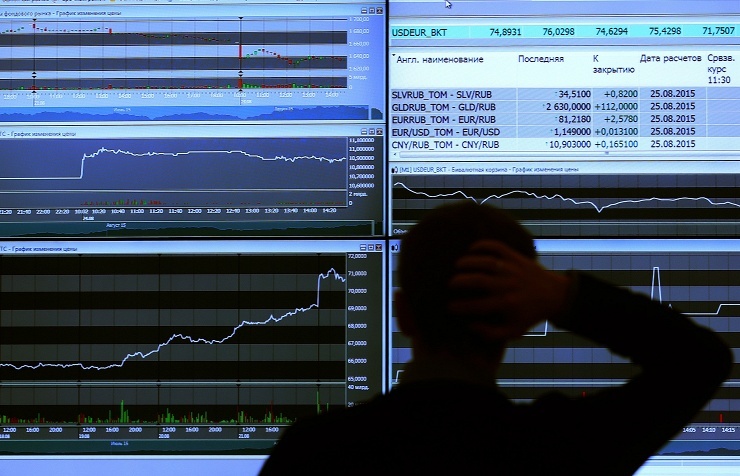 Inflation in Russia in 2016 could be lower than 6% at the current oil prices remain, but this reduction does not mean easily achieving the target of 4%, Deputy Finance Minister Maxim Oreshkin told reporters on Monday.

Annual inflation in March fell to 7.3%, while in 2015 inflation in Russia amounted to 12.9%. As of April 15, the price of the Brent crude oil futures contract with June delivery on London’s ICE amounted to $42.78 per barrel.

“I would not be surprised that if oil prices remain at the current level, we will inflation by the end of the year at the level of 6%, or even less than 6%. This reduction does not mean easily achieving the goal of 4%. Further steps become more and more difficult and are connected with changes in the fundamental level of inflation expectations, the behavior of economic agents, etc. because the shock associated with the change in the price structure, has passed, now we begin complicated work,” he said.

Oreshkin said that the task of further reducing inflation is much more difficult, because now the Russian Central Bank will have to work with inflationary expectations.

According to Oreshkin, “This is the task of the monetary policy that the Central Bank always talks about – maintaining such a monetary policy stance that would provide a gradual steady decline of inflation expectations to the desired levels.”

“Reducing inflation is the main tool for reducing inflation expectations, including fiscal policy. The goal of the budgetary policy, among other things, is to create the conditions to make it happen faster. High budget deficit is one of the main sources of money supply growth, and in many ways places severe restrictions on possible extension of loan portfolios, recovery of loan activity, creates inflation risks in the future,” Oreshkin said. He added that it is very important to meet the fiscal policy objectives (limiting deficit at 3% of the GDP and its further decline to zero in the following years).

Russia’s strategy — adapting economy to new conditions as soon as possible
Cut-off price in the budget rule must be set at the level of $40-50 per barrel and not be changed later, Deputy Finance Minister Maxim Oreshkin told journalists on Monday.

“2015 recession was a problem because of some serious structural changes in the economy occurred – but the labor market is not perfectly flexible, capital location does not change quickly. Then we see a structural loss of production in the economy, because the economy needs time to change the structure and to adapt. The adaptation period is over. Russia has chosen the strategy – adapting as soon as possible,” he said.

Two indicators – improvement of the balance of payments and inflation slowing down – confirm the fact that the economy has already adaptated.

“We need to look at two key indicators: the situation with balance of payments (respectively, floating exchange rate, absence of Central Bank’s intervention resulted in a new equilibrium point being fairly quickly found) and the situation with inflation,” Oreshkin said.

He noted, “inflation of last year – is not just a growth of all prices, it is a very serious change in the structure: tradable prices rose to around 30%, non-tradable in the past two years rose to around 20%, salary – to around 10%.”

“The price structure has changed in the economy, thereby helped the economy to absorb the shock and reconfigure. We that that by now structural changes have ended, inflation has sharply reduced to more or less normal levels,” he said.