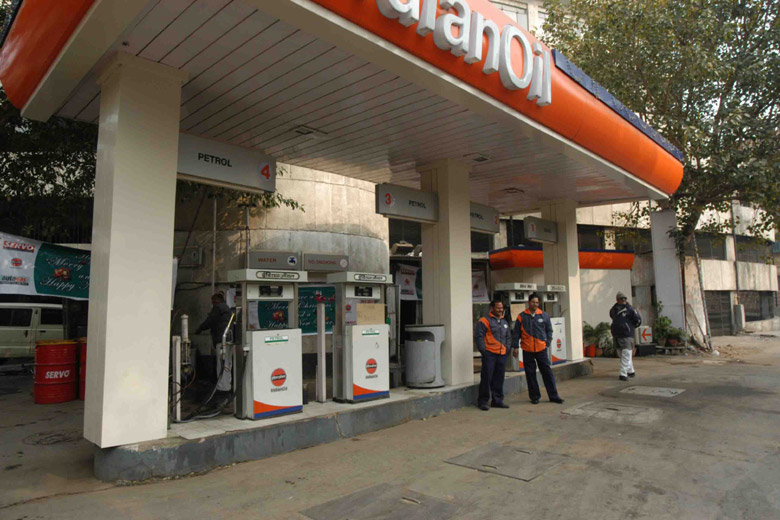 India’s public sector companies Indian Oil Corporation (IOC) and Oil India (OIL) are in advanced talks with Moscow-based Rosneft to acquire up to 20% stake in the Taas-Yuryakh oil and gas fields in East Siberia, officials privy to the development told FE.

“The deal is pegged at around $600-700 million. The area is rich in gas with presence of oil layers. Currently, crude oil production hovers around 20,000 barrels per day (bpd),” said an official directly involved in the negotiations.

The move comes after another Indian explorer ONGC Videsh, in September, announced buying 15% stake in Vankorneft (that runs the Vankor oil field in East Siberia) from the Russian firm for $1.25 billion. New Delhi’s interest in increasing economic co-operation with Kremlin is seen as an extension of several rounds of talks between Prime Minister Narendra Modi and Russian President Vladimir Putin held in New Delhi in December last year and in Ufa in July this year.

The leaders discussed enhancing cooperation in oil and gas sector between the nations.

The field’s reserves under Taas-Yuryakh Neftegazodobycha areas has total 167 million tonnes of liquid hydrocarbons and 181 billion cubic metres of gas. There are proposed programme for the developmemt of the field that would reach the level of 5 million tonnes annually. In 2014, production of oil and gas condensate reached 1 million tonnes. Currently, oil produced by Taas-Yuryakh is being marketed to Asian customers via the the Eastern Siberia–Pacific Ocean oil (ESPO) pipeline.

“Rosneft plans to select a second partner in Taas-Yuryakh Neftegazodobycha, which will have positive effect on the project’s development in the long term,” said Rosneft spokesperson told FE, without divulging the names of the companies it is negotiating to partner in the project.

Impeded by Western sanctions on Russia, government-run Rosneft, is looking for investments from overseas investors. This would help the energy major to cut mounting debt and fund expansion. On the other hand, state-run ONGC is embarked on a mission to buy stakes in producing assets abroad to meet increasing demand at home and meet the fiscal deficit target.

Recently, Igor Sechin, chief executive officer of Rosneft, was quoted saying that it continues to negotiate for selling more stakes in oil and gas projects to other companies, including China National Petroleum Corp.

On June 19, Rosneft and BP signed final bidding agreements for a joint venture for the Taas-Yuryakh project, where the Russian explorer would sell 20% stake to the UK firm. In addition, Rosneft also signed heads of agreement to sell 29% in the asset to Skyland Petroleum Group.