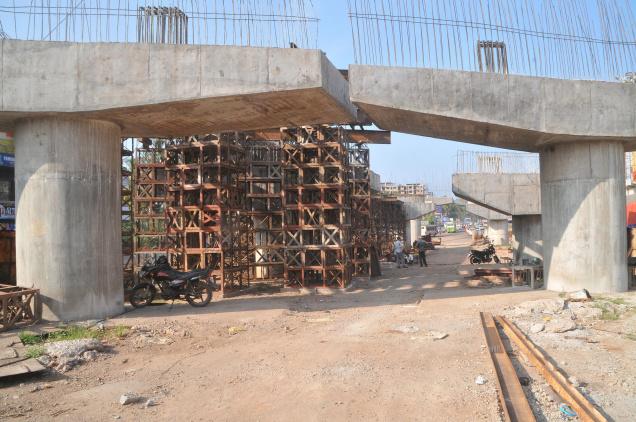 The government will soon approach the Reserve Bank of India (RBI) Governor Raghuram Rajan with a proposal to include road projects under the priority sector list for lending purposes and review the non-performing assets norms to revive Rs. 40,000-crore worth of highway projects that have not taken off due to bureaucratic delays and cost overruns.

The Road Transport and Highways Ministry has decided to take up the priority sector route with the central bank,following a consultation with the Indian Banks’ Association earlier this month.

The Ministry has agreed to support bankers’ suggestions on the issue and “is willing to take it up with RBI,” according to a document of the meeting reviewed by The Hindu. A government official had said last week that it will hold a meeting with the RBI soon.

The banks provide a certain portion of ‘priority sector’ lending in the form of small value loans to farmers for agriculture, micro and small enterprises, poor people for housing, students for education and low income groups and weaker sections.

At present, 40 per cent of loans given by banks should go to priority sectors defined by the RBI. Out of this, 18 per cent should go toward agriculture lending.

“Considering the importance of road sector in supporting the economic growth and nation building, it should be classified as ‘priority sector,’” Indian Banks’ Association (IBA), the industry body of banks, suggested in a meeting held with Road Ministry officials on January 4 this year.

At present, bank loans, extended for infrastructure projects, become NPAs if the project has been delayed for two years from its original schedule even for reasons beyond the control of promoters such as land acquisition approvals. This will, however, be done for road projects which are found viable after assessment.

The government may also ask the RBI to allow banks to infuse more funds into projects facing cost overruns due to delays. At present, the RBI guidelines allow banks to fund additional interest during construction of projects and other cost overruns up to 10 per cent of the original project cost. The IBA has requested the government to increase the limit of 10 per cent to support stalled projects.

The government is finding it hard to revive the 19 highway projects worth Rs. 40,000 crore and it recently met road developers and bankers to address the issues.

“There are 19 projects where no solution could be found out…It is too early to make a commitment,” Road Transport and Highways Minister Nitin Gadkari had said after the meeting.

One of the main reasons behind the delay in highway projects is shortage of funds. While the road contractors said banks were reluctant to fund projects due to mounting non-performing assets, the government officials said the ‘managerial inefficiencies’ of developers have stalled these projects.

Last year, the government had taken several decisions to revive the stalled road projects. The Cabinet had approved a policy to allow National Highways Authority of India (NHAI) to infuse one-time funds for completing public-private partnership (PPP) projects where 50 per cent work is done.

However, the scheme has not found many takers as banks have not agreed to NHAI getting the first charge on the toll revenues from these projects.

« India’s Manufacturing Sector Bounces Back to Growth in January» Upcoming G20 Summit in China to Focus on Stabilizing Finance, Trade