India’s Manufacturing Sector Bounces Back to Growth in January 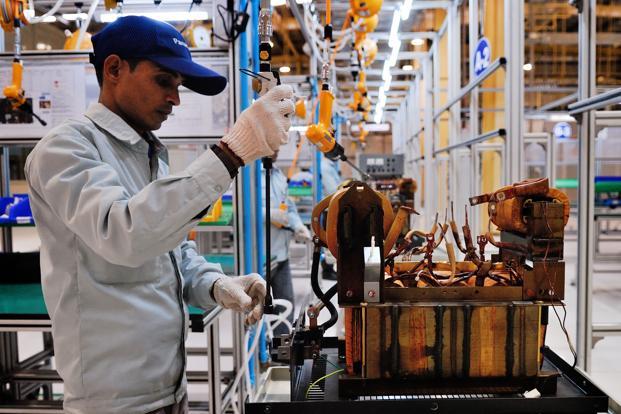 The Nikkei Manufacturing Purchasing Managers’ Index (PMI), compiled by Markit, jumped to a four-month high of 51.1 in January after slumping to a 28-month low of 49.1 in December. The 50-mark demarcates contraction from expansion.

A Reuters poll predicted a more modest rise to 49.6.

“The opening month of 2016 saw a rebound in new business—from both domestic and external clients—leading manufacturers in India to scale up output following a short-lived downturn recorded in December,” said Pollyanna De Lima, economist at Markit.

The new export orders sub-index rose to 52.5 from 51.5, the highest reading in five months, which coupled with a similar increase in domestic orders suggest renewed demand for Indian goods both home and abroad.

That is good news for RBI which cut rates four times last year by a cumulative 125 basis points to boost economic growth as inflation remained subdued.

But retail inflation is currently above RBI’s 5% target for March 2017 and the PMI showed firms increased prices at a steeper rate even though input costs rose at a slower pace.

“Although RBI is likely to continue its monetary policy loosening cycle in 2016, February’s meeting will probably see the repo rate remain unchanged at 6.75% as the central bank will remain wary of inflationary pressures building in the country,” said De Lima.

A Reuters poll last month suggested RBI would cut interest rates once more in the coming year, probably next quarter.