India to Emerge as Winner From Asia’s Shrinking Labor Force 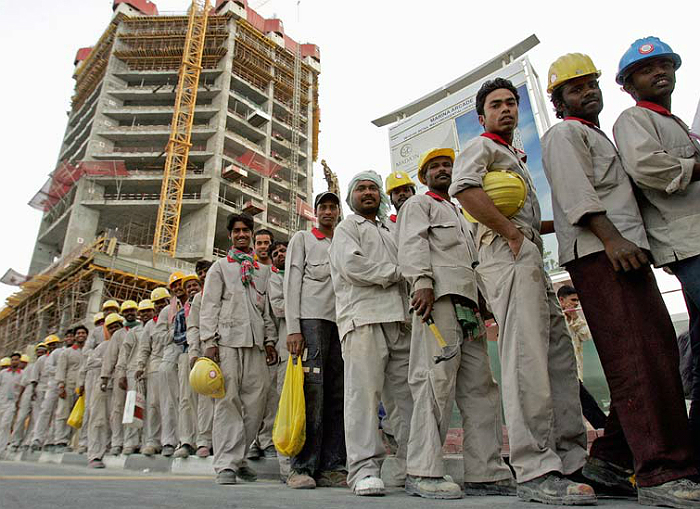 Asia’s work force is set to shrink over coming decades with India overtaking economic rival China as the region’s biggest source of workers.

By 2050, the Asia Pacific region will have nearly 50 percent of the world’s total work force, down from 62 percent today, according to Bloomberg analysis of United Nations data.

The shifting patterns will see India account for 18.8 percent of the global work force compared with 17.8 percent today, toppling China from the top spot. China will account for 13 percent, down from 20.9 percent now.

The projections, which use working age population as a proxy for labor force, also show a push from Africa, with Nigeria jumping to third spot from ninth and Ethiopia and Congo making it to the top 10. 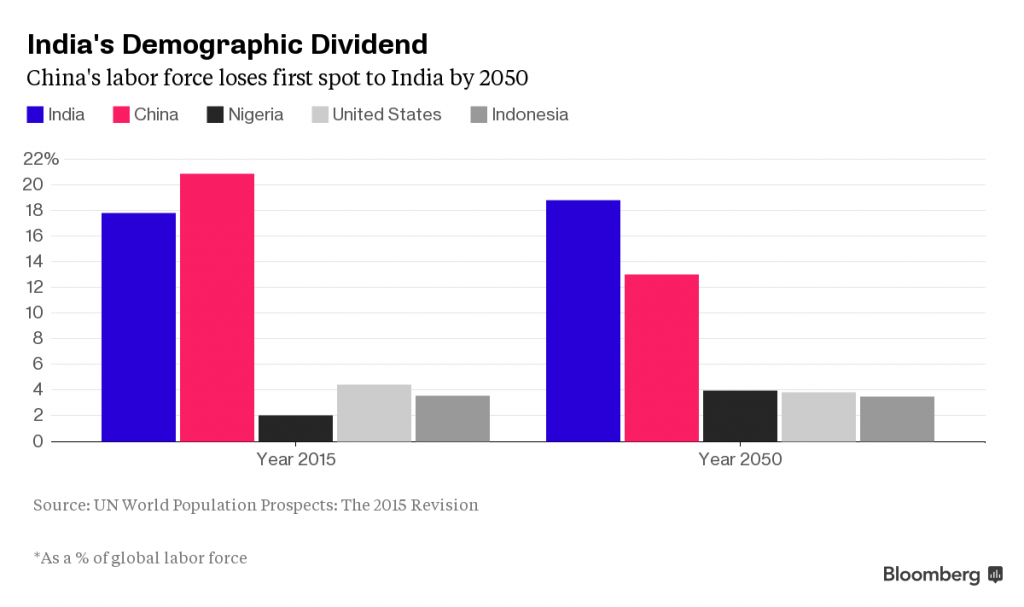 India’s super sized labor force is often referred to as its demographic dividend, a key asset on its way to achieving economic superpower status. But there’s a lot of catching up to do: its per person income is just a fifth of China’s.

One obvious problem for India will be finding jobs for such a large populace. Employment data in Asia’s third-largest economy is sketchy but the little we have suggests the labor market is far from vibrant.

A survey of selected companies including those in the leather, car and transportation sectors show employment growth fell to 64,000 new jobs in the first three months of the year from 117,000 in the previous quarter, and 158,000 before that. Not exactly what you would expect for an economy growing at 7 percent.

“Yes we’ve got really smart computer engineers and we’ve got scientists who’ve put a satellite on its way to Mars but what we really are short of is in the middle layer: The good quality factory workers who have high-school degrees, who can do reasonable maths, the capable plumbers, the construction engineers who can build roads and bridges,” Rajan said in an interviewlast week. “We have a lot of those because we are a populous country but we don’t have enough. We need to create more of them in a hurry.”

Prime Minister Narendra Modi is racing to change that, with a new skills and entrepreneurship ministry and a policy to train 400 million workers by 2022.

Another question for India is when and if it will be ready to transition out of the informal jobs sector, which according to the government employs more than 90 percent of the work force, among the highest rates in the world. That would mean higher tax revenue, which in turn could be spent on education. 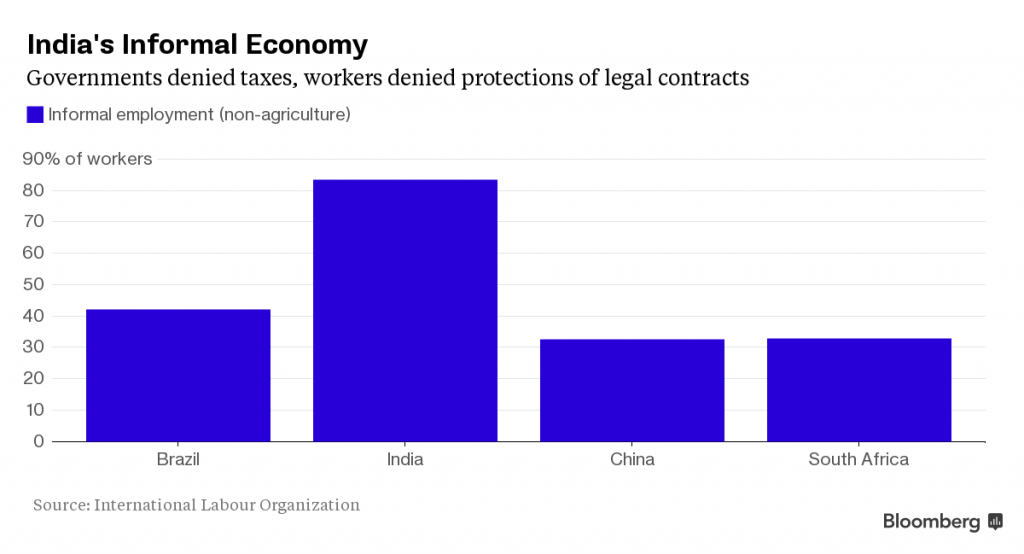 Finance Minister Arun Jaitley, for one, is in no hurry to bring on change.

“I’m a great supporter of this informal sector,” Jaitley said in an interview last week. “The informal sector generates more jobs than the organized industry.”