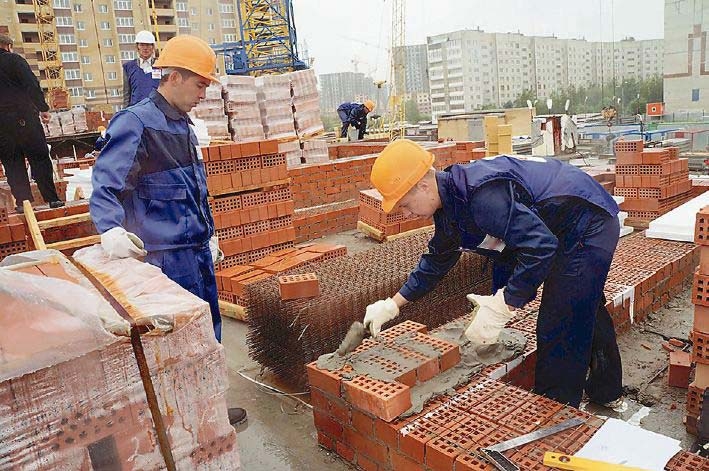 In the second half of 2015, the demand for bricklayers is 11 times greater than their supply. Similar numbers apply to concrete finishers (14 times), carpenters (3.5 times) and plasterers (5.2 times). There is also an increased need for tailors and agricultural workers, such as vegetable growers. In the medical field, the demand for doctors and paramedics is 8 times more than currently available. Similarly, the need for nurses is 4 times higher, Russian newspaper Novye Izvestia reports.

“Basically, in spite of the crisis, the demand for blue-collar workers in the transport and construction industries is growing. Companies in these sectors are working at high capacity, expanding their operations and are thus experiencing a shortage of staff” says Nikolai Ryzhkov, who heads the outsourcing company STS Group.

At the same time, the oversupply of office managers and security guards are respectively 2 and 2.5 times higher than current market demands. Pavel Lebedev, the head of research at Superjob.ru (a leading recruitment website) says that

“Demand for vocational trades is strong on the Russian job market, and it is not by coincidence that these segments are where wages are growing. At the same time there is a surplus of personnel among lawyers, economists and financial professionals.”

A recent report published by the Committee for Civil Initiatives (a non-governmental organization), states that there are currently about 1.3 mln. unfilled vacancies, about the same level as in December 2014.