India Slips in Innovation Index, But Among Top-performing Peers 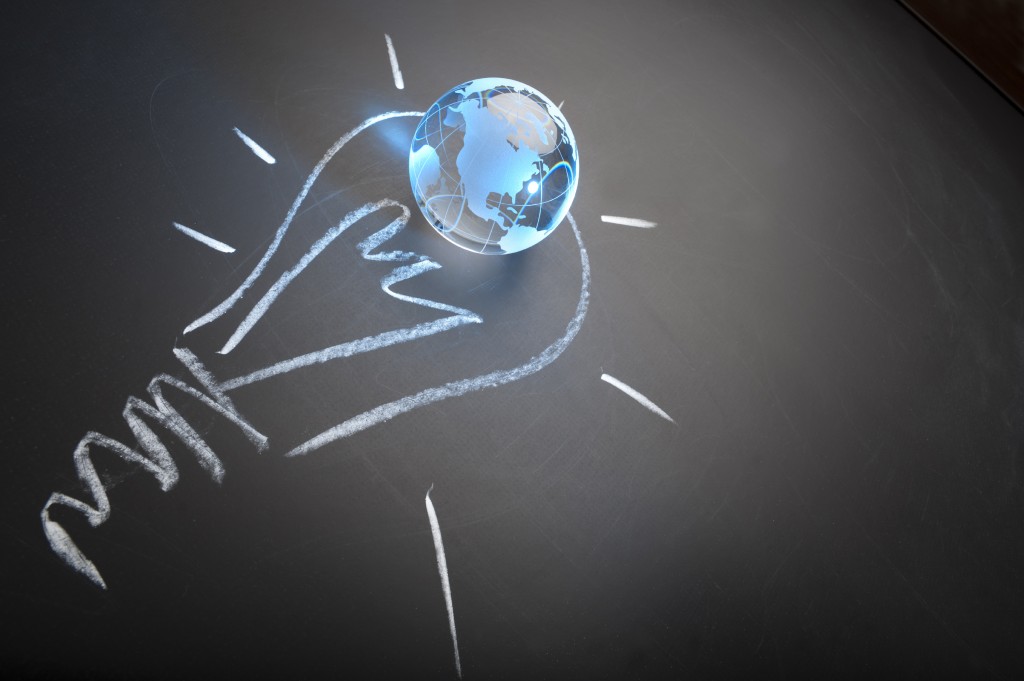 But all is not lost. It is among the top-scoring middle-income economies in terms of innovation quality, along with China and Brazil.

India was ranked 81st, as compared to 76th last year, on the index compiled for the eighth year by Cornell University, INSEAD and the World Intellectual Property Organization (Wipo), an agency of the United Nations (UN).

The GII surveys 141 economies around the world, using 79 indicators to determine both innovative capabilities and measurable results.

The countries taking up the top 10 spots on this year’s innovation ranking are mostly the same, except for Ireland, which is ranked eighth this year. Switzerland, the UK, Sweden, the Netherlands and the US are the world’s five most innovative nations, according to the survey, while China, Malaysia, Vietnam, India, Jordan, Kenya and Uganda are among a group of countries outperforming their economic peers. 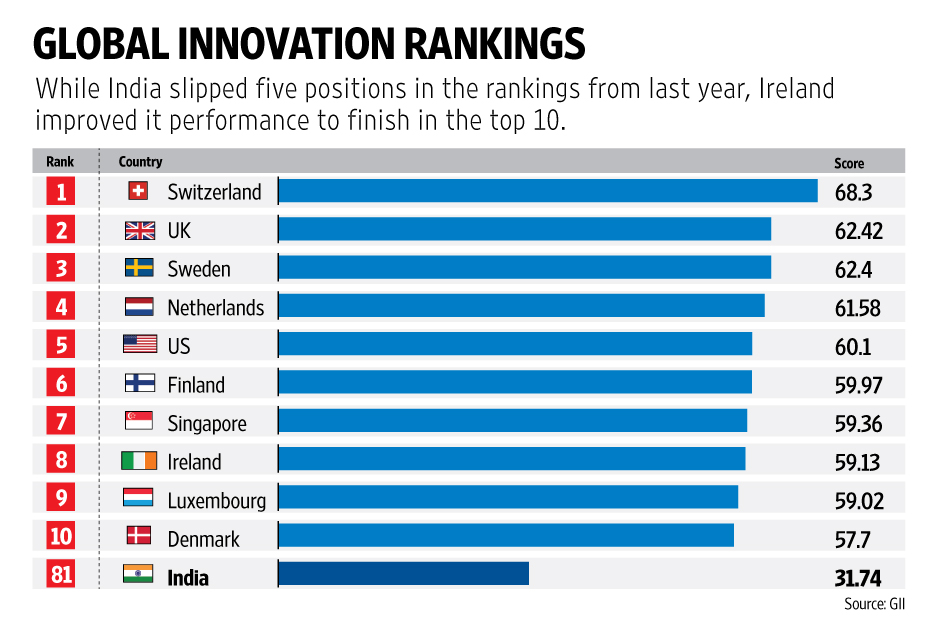 “Each nation must find the right mix of policies to mobilize the innate innovative and creative potential in their economies,” said Wipo director general Francis Gurry.

“In developing countries as a whole, we believe that an area where a great deal of work is needed is increasing business sophistication. Since innovation is a complex phenomenon involving many actors, institutions and infrastructures, linkages between these for innovation policies is very important,” he added.

According to an analysis in the report, India has made significant progress in institutions, knowledge and technology outputs.

“About Brics (Brazil, Russia, India, China and South Africa), they are moving up the ladder of innovation. Linkages between universities and businesses is receiving increased attention in these countries. This will play an important role in innovation dynamics in the years to come,” said Bruno Lanvin, executive director (global indices),INSEAD and co-editor of the report.

Among middle-income economies, China comes on top, followed by Brazil and India, owing to improvement in the quality of higher-education institutions.

The gap between China and the other middle-income economies has consistently increased since 2013, and although India has also steadily improved its score on quality of innovation, it is still nowhere near China.

“The relative fall in India’s overall ranking this year is due to availability of old data up to 2013-14, and it does not truly reflect the performance of the economy in the last one year. We believe that with the present growth trend, the future ranking of India is going to improve as the data gets revised and as the government continues to perform towards a development-oriented growth path,” said Chandrajit Banerjee, the director general of industry lobby Confederation of Indian Industry (CII), who wrote a foreword to the report.

« Rise in US FDI in Last Year to Help PM Modi’s CEO Outreach» SA and China: A Love Founded on State Control