Half of India’s Entry Points Yet to Adopt Paperless Platform 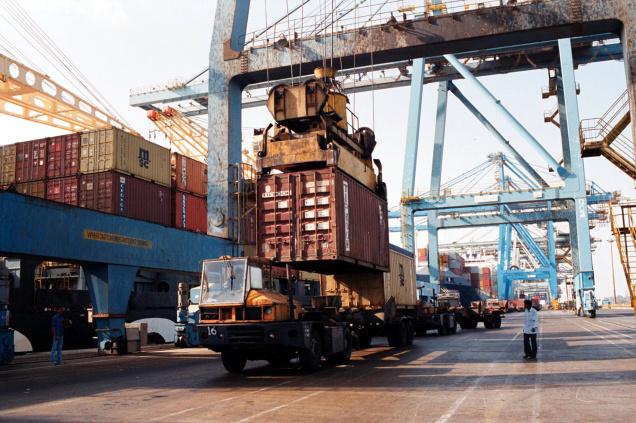 More than half of India’s ports and customs points are yet to be covered by Electronic Data Interchange (EDI), a trade facilitation system, even 22 years after the project began, according to official sources.

There are as many as 298 ports and customs points (excluding those in the Special Economic Zones) and over half of these are not covered by the EDI or the ‘paperless’ international trading platform, official sources told The Hindu.

Concerned that only 132 of the 298 ports and customs points are on the EDI platform, the commerce department recently asked the revenue department to formulate an action plan soon to help link the remaining 166 also to the EDI gateway at the earliest.

The customs department claims that the EDI system is presently operational at 134 major customs locations handling nearly 98 per cent of India’s international trade in terms of import and export consignments.

The sources said the ICEGATE (or the Indian Customs E-commerce/EDI Gateway) system is also being upgraded.

As far as exports are concerned, the 132 ports and customs points linked to the EDI platform account for only 68 per cent of the total transactions in value terms but 90 per cent in terms of the total number of transactions, as per the commerce department.

These shortcomings were due to systemic issues, inadequate controls, incorrect or insufficient mapping of Foreign Trade Policy provisions, lack of validations, permissions for too many manual interventions and alterations of data and incorrect updation of important rate directories, the CAG said.

The EDI system is a component of the project ‘e-Trade’ to ensure trade facilitation and in turn greater ease of doing business in India.

Users can access the system round-the-clock. Simple and transparent procedures as well as electronic delivery of services by the government lead to reduction of transaction cost and time.

The pilot customs computerisation project involving EDI had begun with the Delhi Customs House in 1994-95. Currently, the ICEGATE has about 24,000 registered users serving nearly seven lakh importers and exporters. ICEGATE is meant to enable quicker customs clearance to facilitate export-import trade. As per the World Bank’s latest (ease of) Doing Business Report (2016), India fared poorly on the “trading across borders” criterion that records the time and cost (excluding tariffs) associated with the logistical process of exporting and importing goods.

India was ranked 133rd out of 189 economies (the same as in the previous year) while China came 96th. This was because of more time taken in India in terms border and documentary compliance to export and import.

Trade facilitation reforms such as e-Trade and the EDI platform are also meant to help India comply with the Trade Facilitation Agreement requirements. The Cabinet had also cleared a proposal to set up a National Committee on Trade Facilitation chaired by the commerce and revenue secretaries to look into the related issues.