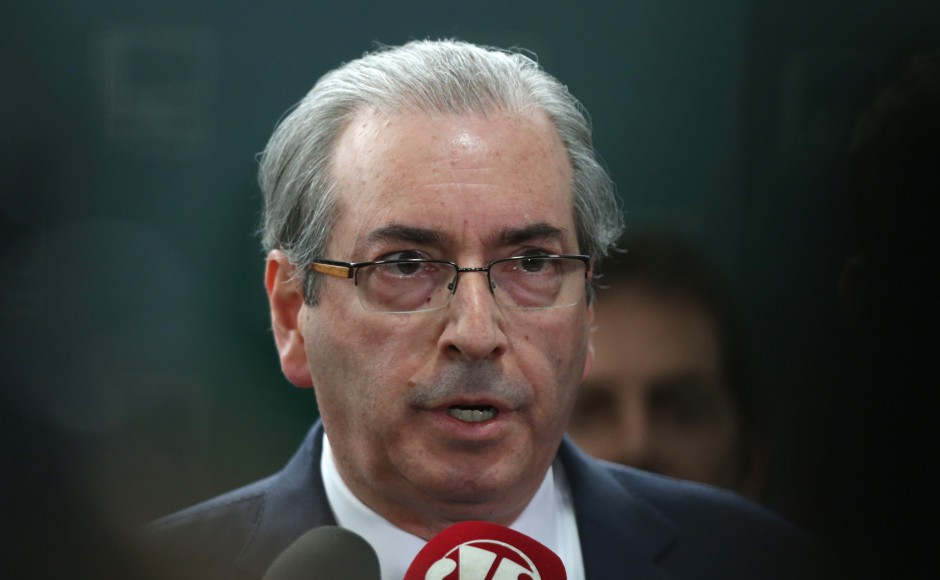 SÃO PAULO, BRAZIL – The Ethics Committee in Brazil’s Chamber of Deputies has approved by eleven votes to nine to continue the process against Chamber President, Eduardo Cunha. Cunha is accused of receiving bribes, money-laundering and passive corruption in the Lava-Jato (Carwash) scandal.

According to Committee members one of the factors that led them to approve the process was the fact that during the Special Congressional Investigation (CPI) into Petrobras, Cunha gave a formal statement where he denied ever having foreign bank accounts.

Swiss bank authorities later contested that statement, giving the Brazilian prosecutor’s office proof that Cunha and some members of his family had opened bank accounts in that country.

After the decision, Cunha stated that he would appeal to the Supreme Court and the Chamber’s Constitution and Justice Commission. Asked by reporters if he was considering stepping down, Cunha was blunt, “There is no chance of that happening. None.”

With the approval of the continuation of the process, Cunha now has ten working days to present a defense. After that the Committee’s chairman has forty days to decide whether or not to ask for the impeachment of the Chamber’s President. If the chairman’s decision is for the impeachment, the proceedings will be voted on by the Ethics Council and if passed will go to the Chamber floor.

On Tuesday, Brazilian federal officials surprised Cunha at his home with a search warrant. Search warrants were issued not only for his official residence in Brasilia, but also his house in Rio de Janeiro and his office in Congress. According to daily O Globo three cellular phones, three laptops and one tablet were retrieved from the residence.