Chinese Investment in the U.S. Will Grow in 2016 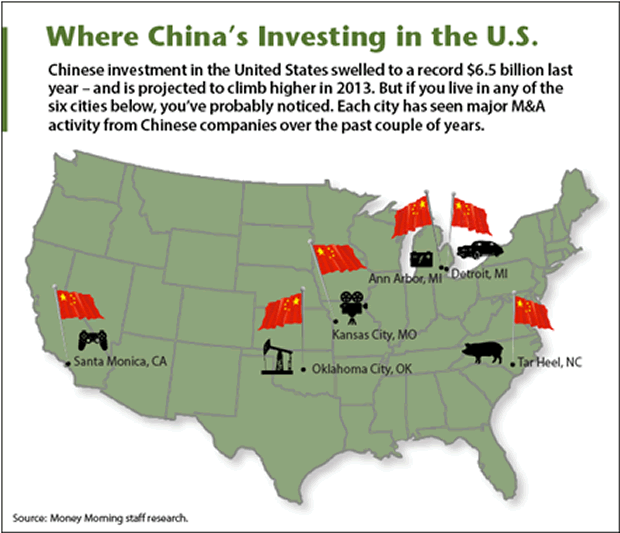 China’s domestic economy may be slowing down relative to its impressive growth over the past decade, but foreign investment by the country’s government and businesses is at an all-time high. Chinese investors looking for higher and safer returns outside China recognize the value of Western involvement as a way to build their brands and compete globally. And as I learned at a recent seminar co-hosted by the Bank of Montreal and Hill & Knowlton Strategies and attended by high-level Chinese state-owned enterprises (SOEs) and private companies, their gaze is increasingly turning toward the United States.

Even though the U.S. is a favorite nation, investments here have been significantly lower than in the rest of the world: China’s $90 billion invested in the world’s largest economy is less than 10% of its total outward investment of $1.1 trillion since 2005. This underweight position results partly from China’s earlier investment strategy and partly from to the political climate in the U.S.

Until recently, three quarters of Chinese foreign investment was in energy, natural resources, and related transportation infrastructure. Those kinds of investments can be made elsewhere in the world at less cost and political risk than in the U.S., where natural resources are seen as vital to the national interest. The federal Committee on Foreign Investment in the United States traditionally takes a dim view of Chinese SOEs buying up strategic national resources and screens out investors—SOEs in particular—it feels do not meet the national security test.

Now, with investment returns on commodities low, China has shifted its focus onto industries with higher rates of return, such as entertainment, real estate, insurance, and technology—industries where the U.S. is the dominant market. Some recent examples of this are Alibaba’s $200 million deal with Snapchat and the purchase of the iconic Waldorf Astoria hotel by the Anbang Insurance Group (the U.S. is particularly seen as a safe haven for real estate, which is now the fastest growing part of the Chinese portfolio).

The Chinese government is also getting more cautious with its traditional foreign investments after some of them failed to perform as well as anticipated. According to the China Global Investment Tracker, $250 million of Chinese transactions are “impaired or have failed,” and that has prompted the government to counsel its SOEs to go for minority investments, so they can learn local marketplaces and generally be less exposed to risk. A minority investment strategy plays especially well for SOEs in the United States, where concern still exists about Chinese state takeovers of private U.S. companies and brands.

Meanwhile, China’s rapidly growing private sector accounts for more than three quarters of Chinese investment in the U.S. so far this year. An anticipated rise in U.S. interest rates next year will only add to the attractiveness of the U.S. market.

All three trends—new industry targets, a more cautious government investment approach, and the rise of the private-sector investor—point to increased Chinese involvement in the U.S. Nonetheless, the political environment remains an impediment. As we found out at Hill & Knowlton while assisting the China National Offshore Oil Corporation with government relations and communications related to its Unocal and Nexen acquisitions, the anti-China lobby is easily stirred. Hawkish rhetoric toward China voiced by Republican presidential candidates continues to raise concern, and cybersecurity and geopolitical issues in the South China Sea are also major irritants.

Nevertheless, with global commodity prices likely to remain weak for the next two or three years, the table is set for much more Chinese investment in the U.S. Whether the two governments can now take advantage of this trend and overcome the unhealthy political environment to conclude a bilateral investment deal is still to be determined. What is clear, however, is the need for such a deal, which would open up far more legal protection and reciprocity for U.S. companies operating in China.