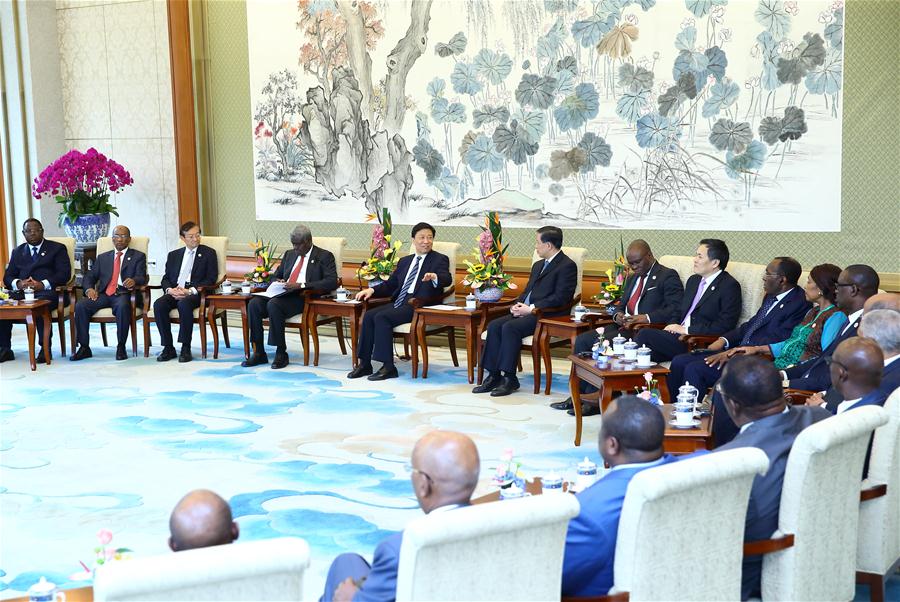 Companies from China and Africa signed 39 deals worth around 17 billion U.S. dollars on Thursday.

The deals, involving financial institutions and enterprises, were signed on the eve of a meeting on delivering the outcomes of the Johannesburg Summit of the Forum on China-Africa Cooperation (FOCAC).

More than 400 participants from government agencies, financial institutions, business associations and enterprises attended the Seminar on China-Africa Business Cooperation and Signing Ceremony in Beijing on Thursday.

The seminar was hosted by the China Council for the Promotion of International Trade (CCPIT), which is a supporting event for the Coordinators’ Meeting of the Implementation of the Follow-up Actions of the Johannesburg Summit of the FOCAC.

Jiang Weixin, chairman of the CCPIT, said the development strategies of Africa and China were highly compatible, and the two sides have many advantages.

In the future, the CCPIT will work with its African counterparts to enhance communication, strengthen policy coordination, and organize more trade and investment events to boost China-Africa trade ties, said Jiang.

Chinese Vice President Li Yuanchao had a group meeting with the African delegates.