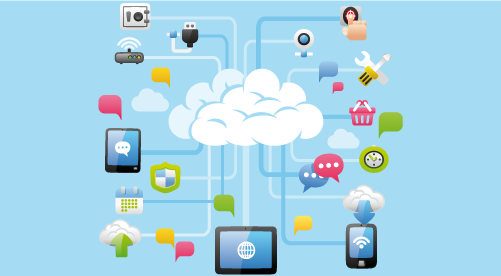 For a new enterprise looking to start business in China, cloud computing means a significant reduction in startup operation costs. Where expenses are often spent on traditional IT infrastructure and its maintenance, cloud computing not only saves money and time, but can also provide flexibility and space for innovation. It additionally makes for easier development of smaller businesses, facilitating wider availability and access to high performance computing.

However, despite this multitude of benefits, there are many factors a business operator should consider when looking to utilize cloud services in China, such as the services available and the potential security risks involved.

Understanding its potential for both civilian and corporate use, the Chinese government has in recent years invested heavily in cloud technology development. The central government has identified cloud computing as one of its 11 priority technology sectors to support.

China also looks to expand abroad. Earlier last year, Tencent revealed plans to operate its Weiyun cloud storage service in the U.S., while in July, the Alibaba Group began expanding its Aliyun cloud service abroad, investing US$1 billion in the project and  announcing plans to build data centers in the U.S., Europe, the Middle East, Singapore and Japan. Other companies such as Ucloud and QingCloud’s have announced similar plans, further reinforcing China’s intent to create a larger overseas cloud computing presence.

Due in part to the rate of expansion of China’s domestic providers, foreign cloud service companies are finding it increasingly difficult to penetrate the Chinese market.

Foreign firms looking to bring cloud services to the Chinese market are met with China’s protectionist policies and regulations, preventing them from competing independently. Foreign cloud service providers are required to obtain a value-added mobile service license, for which issuance is restricted by heavy regulation, and are largely held by domestic data service operators. Therefore, a sino-foreign joint venture needs to be established in order to obtain the license.

This dynamic is typified in IBM’s cooperation with Tencent Cloud and 21Vianet, which has enabled it to offer its services to the Chinese market and participate in the construction of a large data center just outside of Beijing. Microsoft and Amazon have also established partnerships with domestic Chinese companies in order to offer their cloud services in China, while Intel and Oracle are examples of two western companies that have bought into China’s existing cloud systems.

As cloud computing is deployed internationally, security is an important issue that has implications for both individuals and global businesses. Issues regarding sensitive data storage and cloud systems as a channel for reconnaissance are a major concern for governments.

Poor infrastructure or management on the side of the hosting country may leave cloud systems vulnerable to attack, which has been a concern for clients looking to utilize China’s cloud systems. Its development has been marked by inefficient organization, poor planning, rushed construction projects and a lack of highly skilled management personnel, making it not only an unsafe option for overseas clients, but also a significant security threat to those countries who wish to utilize Chinese cloud technology.

The method in which China has developed its cloud technology and interacts with global systems has become one of the main global security concerns. China was previously dependent on imported goods and services, but now wishes to export its cloud technology to the global market rather than see it dominated by foreign firms. This gives rise to two major security concerns for governments engaging with China:

As the Chinese government is primarily fixed on internet sovereignty and censorship, services such as Dropbox and SkyDrive are either intermittently blocked or virtually inaccessible within the China region. Foreign businesses may therefore consider Chinese cloud services as an alternative, enticed by 10TB free storage offered by Tencent Weicloud. Although Amazon AWS does not operate a data center in China, some foreign companies in China still choose to utilize it.

« Legacy of Chinese Government’s Economic Stimulus is Mixed» Africa to Shine on?